Wimbledon is in full swing right now and next week the Puslinch Tennis Club has graciously allowed the “Try a Sport” campers the opportunity to learn and play tennis next using their courts. This will be the first time the camp has used the courts for camp. Stay tuned for some photos of the campers having a great game!

Wednesday at Ball Hockey we took a break from the rink and played some water games! Tomorrow marks the beginning of our two day tournament which includes some “road” hockey in the back parking lot. One camper said that he could not get enough hockey time during the camp day! Let’s see which team is able to win it all! 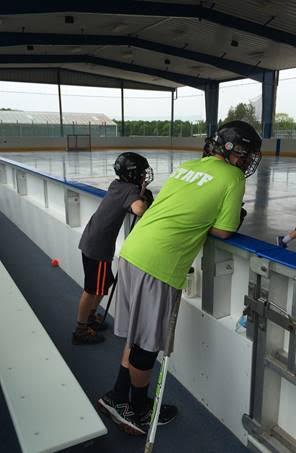