The last two weeks have been very productive for the Kodiaks. They played 3 league games and also played in one tournament.

The Kodiaks won their first league game vs the Niagara Dawgs 9-2. A very strong performance from pitcher Scott Gordon was the reason for the win. Hitters found Gordon’s drop ball/change up combination too hard to pick up and he earned himself 14 strike outs through six innings. John Blair had a home run early to give the Kodiaks the lead, and they never looked back. Kyle McCaig went 3-3 with 2 RBI’s and Matt Haines went 2-3 with an RBI. 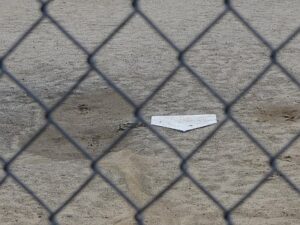 Next the Kodiaks played the Hamilton Pirates. This was a tough loss for the Kodiaks as the Pirates scored a run in the bottom of the 7th to win the game 4-3. Brandon Viol was back from knee surgery for the Kodiaks and he continued to punish the baseball with his league leading 4th home run.

On Thursday, the Kodiaks played the Hill United Warriors and faced pitcher, Tom Berube. Berube mixed his speeds real well and was able to place the ball in perfect locations to get 14 strikeouts vs the Kodiaks. Final score was 5-3. This game was highlighted by a Kodiaks player, Jordan Duffield hitting a 2 run double in the 5th inning to win the game. Jordan, however was playing for the Warriors as they needed one more player to field a team. This league is full of great players and good people and the top priority is always playing the game, regardless what team you’re on. Jordan showed great sportsmanship by volunteering to play for the Warriors, but his clutch hit was what defeated Kodiaks.

The annual Tom Ryder tournament was held in Ponsonby this past weekend. The Kodiaks started off with a big win against the host team, the Ponsonby Sting. Erik Rasmussen pitch one of the best games of his career against the Sting. He pitched a 7 inning shutout, despite walking the bases loaded in the top of the first.

The Kodiaks played a three game round robin. They needed to win all three games and have the least runs against in order to win their 7 team division. They did just that, beating Ponsonby, Elmira and the Kitchener Classics. They only gave up three runs in all three games. Erik Rasmussen, Scott Gordon and Mike Haines pitched a game apiece. They all pitched complete games and gave up zero earned runs.

Sunday Morning the Kodiaks played in the semifinals of the tournament against the Kitchener Outlaws. Mel Ross was pitching for the Outlaws and Scott Gordon for the Kodiaks. Both pitchers were outstanding! It was one of those days for the Kodiaks where they could hit the ball perfectly, but it always ended up being right at an Outlaw defender. As for the Outlaws, they had 2 bloop hits and 1 solid line drive in one inning to get their runs. The Kodiaks lost in the semifinals 3-0.


The Kodiaks would like to remind everyone in the township to come out to the ORSA men’s Grand Championship tournament being hosted by the Kodiaks July 24th-26th. The Kodiaks are hoping to win their second title in 3 years.

Stay tuned to Puslinch Today for the schedule.