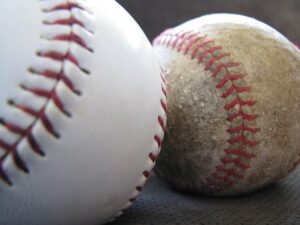 It’s been a good few weeks since the Kodiaks won the ORSA men’s Grand championship.

On Monday night the Kodiaks played the Hamilton Pirates. It was a back and forth battle. The Kodiaks scored 2 runs in the first inning curtesy a John Blair home run. But then the Pirates tied the game up in the bottom of the inning.

Dave Jefferson was pitching for the Kodiaks. He was locating his pitches very well. It wasn’t until the fourth inning that either team got back on the board. It was the Pirates who hit a two run home run to go up 4-2.

The Kodiaks managed to get those 2 runs back and the game ended in a tie.

With the season coming to a close in the next 4 weeks, the Kodiaks have earned a birth into the coveted Ontario Challenge Cup. This tournament has the champion team from every league around the province play against each other.

This is a great opportunity for the Kodiaks to show how well they play against other champions.

This weekend the Kodiaks are headed to Niagara falls. They will play in the 18 team, Niagara falls fastball league tournament. This will give the Kodiaks another chance to play against the best teams in the province, and hopefully WIN!

Stay tuned for the results.