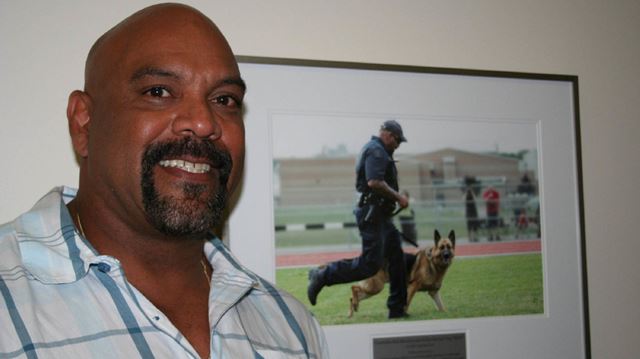 Guelph Police Service Const. Neil Moulton next to a photo of him and partner Nitro competing. The photo is on display in the newly established Hall of Heroes, at Royal Canin, in Aberfoyle. (via GuelphMercury.com)


GUELPH — When Guelph Police Service Const. Neil Moulton brought his partner in for a checkup before the start of their July 23 shift, he didn’t expect to hear they had worked their last shift together.

“He was a little bit lethargic but I was expecting them to tell me to give him a couple of pills and that would be it,” Moulton said. “We worked afternoons Monday, Tuesday, and Wednesday. He worked right to the end.”