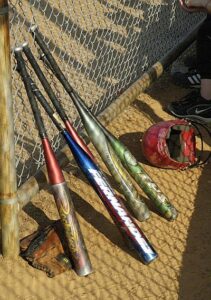 It’s been a busy last few weeks for the Kodiaks as they continue their quest to be GHFL champions.

It was decided that when the league championship tournament was cancelled due to rain in early September, the league would split into north and south divisions and have a one game final to crown the GHFL champion. The teams from the North included Mississauga, Etobicoke, Hamilton, Waterdown and, Puslinch.

Puslinch made it to the final game of the North division against Waterdown. It was played on Wednesday night.

The Kodiaks had Scott Gordon pitching and the Waterdown Hammer had Doug Hoffman pitching for them. As the Kodiaks placed third during the regular season, they were the home team. It was a bit of a tough start for the Kodiaks. The first two batters got on base for the Hammer. Scott managed to get the next two batters out and that brought the former Puslinch ball player, William Lake to the plate. Will hit a 3 run home run to left center off Scott and that put the Hammer out in front 3 to 0.

Coach Tom Jefferson then had a conversation with catcher Kyle McCaig and Scott about how to approach Will for the rest of the game. This wasn’t the first time he had hit a home run off us. He actually manages to hit one pretty much every game we play against him. The game plan going forward was to “keep the ball down” so that way he may still hit it hard, but at least that way it will stay in the park.

The Kodiaks came out in the bottom of the first with the bats rolling. Lead by a single from Brian Jefferson, and then another by John Blair. After that, doubles by Brandon Viol, Mike Lajoie and JJ Gallo, allowed the Kodiaks to score 4 runs, and they took a 4-3 lead. After 7 runs were scored in the first inning it looked like it was going to be a long night for both pitchers. That wasn’t the case.

Doug Hoffman regained control of his drop ball and managed to continually hit the outside corner getting plenty of soft contact from batters. Scott Gordon made the most of his hard drop ball, and rise ball combinations to keep batters off balance.

In the end the Kodiaks scored two more runs. A key pinch run call by Coach Mark Slade put Jordan Duffield in the game. His speed from second to home on a ground ball up the middle managed to put the Kodiaks ahead by two runs. From there, the Kodiaks strong defense held the Hammer to only the 3 runs they scored in the first inning. The Kodiaks middle infield of Brandon Viol and JJ Gallo flexed their muscle turning two double plays to get out of innings and also making many tough plays to a stretched out first baseman David Jefferson.

It was a great Team effort as the Kodiaks advance to the Final game of the year!

The GHFL Final will be played this Tuesday night, October 6th against the Niagara Snappers in Jordan, Ontario. (Lions field)

The Snappers finished first in the league but have played two very close games against the Kodiaks this year. Both games came down to the last batter to determine the winner.

Wish us all the best on Tuesday night!