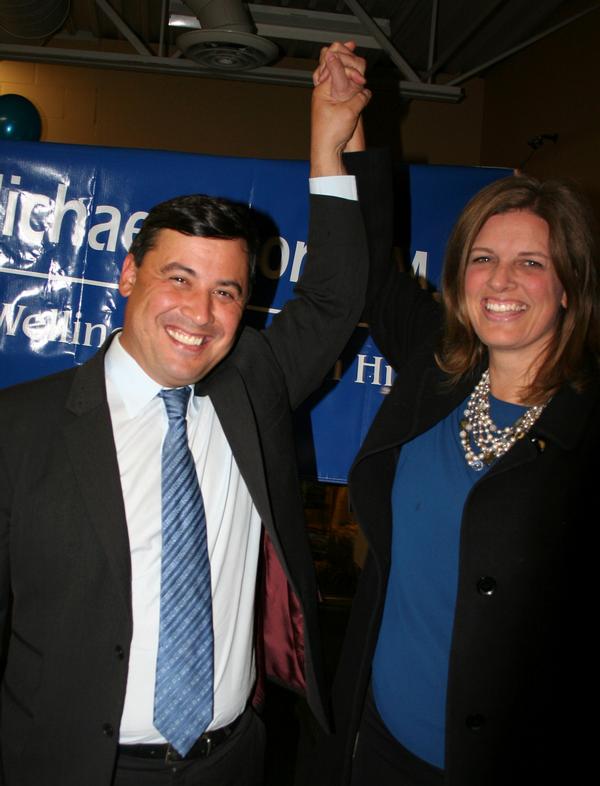 Michael and Carrie Chong celebrate a Conservative win in Wellington-Halton Hills on Oct 19th in Brisbane. [Photo by Mike Robinson]

As a sea of red swept across Canada on Oct. 19, Wellington-Halton Hills remained a Conservative stronghold.

“I will work hard to make sure the people of this riding have their voices heard loud and clear in Ottawa,” Chong said on election night at Judy’s Restaurant in Brisbane.

He noted it was important for local voters to elect “the person best able to represent the people of Wellington County and Halton Hills. That is exactly what I will do in the coming weeks and coming months.”