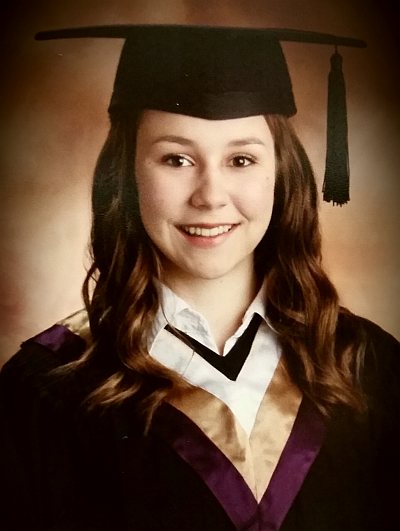 17 year old Puslinch resident, Mackenzie Ross, was one of the founding members of the Blue Dot movement in the City of Guelph.

Blue Dot Guelph is an entirely volunteer and youth/student run movement. Originating as a grade 12 activism assignment, Blue Dot Guelph gained more recognition in the city than ever anticipated.

Mackenzie Ross, Cara Laine Livingston and Sarah De Vries participated in a semester long environmental leadership program known as Headwaters. The girls chose to pursue environmental activism in the City of Guelph. Setting a goal to simply promote environmental awareness in the city, the girls never anticipated their school project would lead to a new municipal declaration being passed in Guelph City chambers.

Blue Dot Guelph met weekly over the past 6 months and made presentations around the city:

And finally, had a municipal declaration outlining the rights stated by Blue Dot signed by the City of Guelph.

In Canada we do not have the right to breathe clean air, drink fresh water or consume healthy food. 110 countries worldwide acknowledge living in a healthy environment as a basic environmental/human right – but not Canada. The Blue Dot Movement, a nation wide initiative, was created to challenge this.

Blue Dot’s goal is to amend the Canadian Charter of Rights and Freedom to include the right to live in a healthy environment. To learn more about Blue dot visit Bluedot.ca or Davidsuzuki.org

Mackenzie is currently attending school, living in Oshawa and is already actively involved in the Blue Dot Oshawa movement.

Graham Ross and his Wife have lived in Puslinch Township for 23 years – originally on Puslinch Lake and for the past 11 years on a small farm in Crieff. He is a Captain with Air Canada and a volunteer firefighter at Puslinch Fire & Rescue Services.​