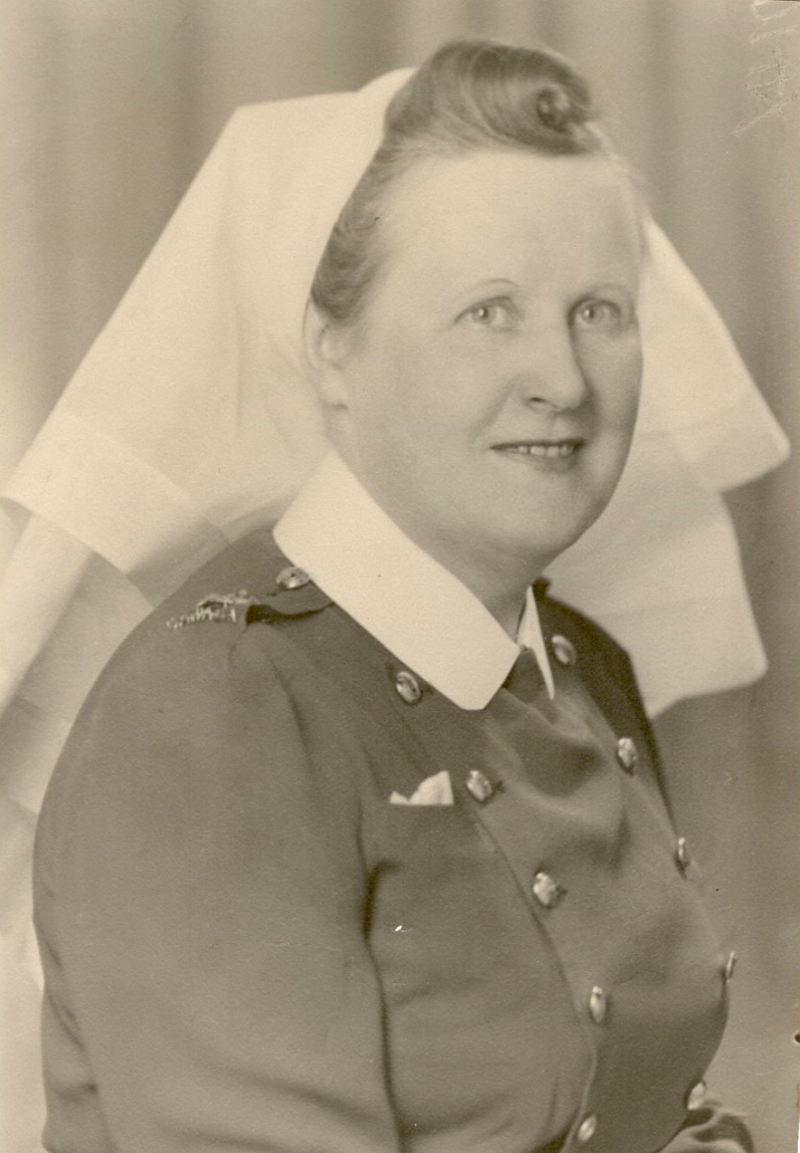 
Marjorie McLean was born at Ladner, BC, on March 25, 1903, the second child of Duncan McLean and his wife, Margaret (nee Clark) McLean of lot 29, front of concession 9, the Badenoch district of Puslinch. Marjorie was of Highland Scottish stock. Her great-grandfather was Donald McLean, one of the first six Badenoch settlers. Her grandfather was “Little Peter” McLean, also known as “Peter the Councillor” McLean, as he was a member of Puslinch Township Council. Her brother, Peter McKenzie McLean was born in 1901 and her sister, Christina McLean (Mrs. Elgin Patterson) was born in 1904. Her youngest sister, Mary Margaret, born in 1906, died in 1907, at less than a year of age. Her parents returned east and Marjorie grew up on the farm in Badenoch and attended Badenoch School.

In 1929, she enrolled in nursing school. She graduated from the Hamilton General School of Nursing and received her registration on July 15, 1932.

During 1932-37, she was employed as general duty nurse and dental assistant at Mountain Sanatorium in Hamilton. For four months in 1937, she worked as a surgical nurse at Herman Keifer Hospital in Detroit but returned to Canada to become an operating room nurse and assistant superintendent at Essex County Sanatorium in Windsor. From 1942-44, she was employed as first aid nurse by the Ford Motor Company in Windsor. In Windsor, she maintained a lovely apartment at 249 Pillette Rd., #11.

She gave up the security of this job and the comfortable lifestyle that went with it during World War II, when she enlisted in the Canadian forces in 1944, reporting for duty on June 15th…