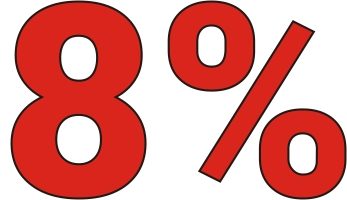 This morning I attended the 2016 Proposed Budget Meeting of Puslinch Council. I diligently listened for almost four hours of meetings and took pages and pages of notes with full intention of writing a recap for readers of PuslinchToday once it was over.

I’ve decided not to do that.

After hours of dollar signs floating through the air from the discussions on everything from painting lines on the side of roadways for cyclists (approximately $250/km of road every year) to buying a new ladder truck for the Puslinch Fire Department (which seemed to not only be the biggest capital expense discussed but also the most contentious at $500,000) I decided it was just too much to condense here.

The current state of the budget is simply a proposal and there is still a lot of time for council and public to have input and to make changes. At the end of today’s meeting the proposed budget increase actually went UP from 8% to 8.03%. A step in the wrong direction.

There will be a public meeting held in January to allow the public to come and have their say. I hope you do. It will be your opportunity to let council know whether 8% this year, and maybe every year for the foreseeable future is something you are OK with.

As one Councillor put it at the end of the meeting “We need the political will to say NO”.

When discussing our vision of Puslinch and what the Township provides taxpayers we need to keep in mind that everything has a cost. Absolutely nothing is free. Maybe we need, as a community, to decide what we can and can’t provide in the way of services in our small township that are over and above what most people would consider ‘Core Services’. Perhaps living in a predominantly rural community without garbage pickup, without all roads being paved, without water and sewer and gas services means an expectation of a simpler life – with tax rates that reflect that reality.

Have your say at the January Public Meeting for the 2016 Budget. PuslinchToday will post information on this public meeting in the hopes that you can attend and share your views.