by Marjorie Clark
(Part 1 of a 3 part series)

When Father Joseph de la Roche Daillon, a Franciscan priest, visited Attawandaron villages in October 1626, he described it. “The country of this Neutral Nation is incomparably larger, more beautiful and better than any other of all these countries. There is an incredible number of stags, great abundance of moose or elk, beaver, wildcats and black squirrels … a great quantity of wild geese, turkeys, cranes and other animals, which are there all winter. The rivers furnish much excellent fish, the earth gives good grain, more than is needed. They have squashes, beans and other vegetables in abundance.”

Such was the nature of this area in 1625, when a young French explorer named Etienne Brulé travelled south from Midland into the Attawandaron territory of Southern Ontario, which included what is now Puslinch.

The Attawandaron or Neutrals inhabited dozens of villages in Southwestern Ontario stretching along the north shore of Lake Erie from the Niagara Peninsula to the Detroit River, perhaps as far north as Toronto in the east and Goderich in the west. A semi-nomadic society, the Neutrals lived in villages, which would usually be abandoned after about twenty years. When the game, the soil and the wood in an area became depleted, the area would be left to regenerate and the village would relocate to a new spot. Father de la Roche Daillon described them in a letter dated July 18, 1627 and at the time, there were approximately 40,000 Neutrals. The largest Neutral village site in Wellington County and perhaps in Ontario, covering thirteen acres, was in the Badenoch section of Puslinch, on the east side of Morriston, lot 32, concession 8. The other one also situated within the Badenoch area was on lot 28, rear of concession 8, the former McPhee farm. The McPhee site was excavated during 1982-1988.

The Huron First Nation called their southern neighbours “Attawandaron”, meaning “People of a slightly different language”. The French labelled those same people “Neutrals”, as they remained neutral between the Huron and Iroquois. Etienne Brulé lived with that people until the spring of 1626 and returning to the French settlement at Quebec the following spring. He reported that he was delighted with the country.

According to Champlain Society member, Danièle Caloz, Etienne was born to Spire Bruslé and Marguerite Guérin about 1592. He had three elder siblings, Pierre, Antoinette and Roch. It appears that he embarked from Honfleur with Samuel de Champlain aboard the ship, the “Gift of God”, in April 1608. Thus, began the adventures of this intrepid and zealous explorer, who was the first white man to navigate the Lachine Rapids, near Montreal, the first European to site the Ottawa Valley, Georgian Bay, four of the Great Lakes (Ontario, Erie, Huron and Superior) and to explore as far as Pennsylvania. Sadly for historians, Etienne Brulé left no written record of his exploits. What is known was noted by his mentor, Champlain, and the Recollect priest, who travelled with him on some journeys, Father Gabriel Sagard. The facts must be pieced together from their fragmentary accounts. Neither is there any known portrait in existence of Etienne Brulé.

Upon his arrival, Etienne was among those who established Quebec, spending 1608 and 1609 in the settlement. Of an independent spirit, in June of 1610, he volunteered to spend a year with the Hurons or Wendat in order to learn their language and understand their customs. By the following June, he had acquired sufficient knowledge of the tongue to act as translator for the French explorers and merchants of the fur trade. Through the Hurons, he made contact with the Algonquins or Ottawa and the Montagnais peoples. During 1611-1615, he acquired a knowledge of the language of the Montagnais. Eventually, he earned an annual salary from the merchants for encouraging the native peoples to trade. 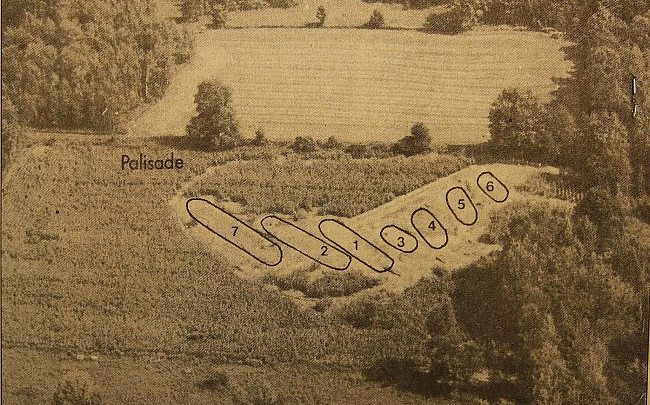 
Etienne Brulé was also the first white man to live among a First Nations people and Father Sagard wrote that Etienne was embedded in the Huron community. He dressed in their fashion and absorbed their culture to the extent that Champlain and the priests looked askance at his behaviour, especially in regard to the Huron women. Father Sagard wrote that the Hurons believed that a particular rock in a rapid had once been a man, then transformed into stone. On passing this rock with their canoes, they offered the spirit tobacco and requested a safe passage. Father Sagard was appalled, when Brulé admitted to having made a similar offering.

So successful was his endeavour, that Champlain enlisted other young men, said by writer, Benjamin Sulte in the Ottawa Evening Journal in 1889, to all be literate and some scholarly, to undertake the same liaison activities with First Nations peoples. These young fellows were Jean Nicolet, Nicholas Marsolet, Jacques Hertel, Francois Marguerie and Pierre Raye.

During this time, he journeyed with the Hurons to Manitoulin Island, Sault Ste. Marie and Lake Superior. He accompanied the Hurons on their war campaign against the five nations of the Iroquois Confederacy in July 1615 in the present New York State, travelling as far south as the Susquehanna River, which he followed to the Atlantic. On the return trip, he was captured and tortured but was able to escape death at his captor’s hands, returning to Quebec in April 1616. He lived with the Hurons until 1618.

Etienne Brulé was a man of two worlds, both of which, he seems to have successfully negotiated. From the research of Danièle Caloz, we find that he sailed back to France twice, the first time about 1623. During a visit about 1627, he married Alizon Coiffeur. He had a home in Champeny-Sur-Marne and another in Paris.

When returning in April 1628, the French fleet was captured off Anticosti Island by the English. Etienne was taken to London but released, when he again came back to New France. In 1629, New France was seized by the English but the French regained control in 1632. Etienne and several other interpreters were accused of complicity with the English.

Not without cause, relations with the First Nations peoples were fraught with suspicion and misunderstanding. This may explain why, as reported by Father Sagard, Etienne Brulé was killed by the Hurons in the fall of 1632. As the Hurons usually did with their captured foes, he probably was tortured. After his death, portions of his body may have been eaten, as this people occasionally did so with their enemies.

It was a tragic and horrid end for the courageous courier de bois. We remember him as the “discoverer” of our land here in Southern Ontario, in which he expressed delighted.

For more detailed information, read Consul Butterfield’s “History of Brulé’s discoveries and exploration”, which is provided free on-line from the United States Library of Congress site; Olga Jurgens work on the “Dictionary of Canadian Biography” website and Danièle Caloz writing on “The Champlain Society” website.