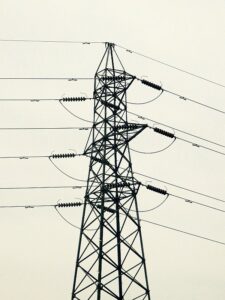 The Ontario Legislature is back in session and Wellington-Halton Hills MPP Ted Arnott has begun presenting petitions calling on the Government to take immediate action to stabilize hydro rates.

On February 16, the very first day the Legislature resumed after the Christmas break, Mr. Arnott was in the House to begin petitioning the provincial Government.

“We launched this petition last month to give people an easy way to speak out against the rising cost of electricity in our province,” Mr. Arnott said. “So far we’ve gotten a great response from people across Wellington-Halton Hills. I want to thank everyone who has helped distribute the petition and gather signatures.”

So far Mr. Arnott’s office has received about 170 requests for the petition. People are approaching family, friends, and co-workers to add signatures. Mr. Arnott plans to present them in the House as they come in, over a period of weeks.

Mr. Arnott stressed that our local hydro utilities such as Halton Hills Hydro and Centre Wellington Hydro are not to blame for rising hydro rates.

“They do a great job,” Mr. Arnott said. “Hydro rates are being driven up by the deliberate and conscious policy mistakes of the Ontario Liberal Government over the past decade.”

The petition points out that the cancellation of the Oakville and Mississauga gas plants costing $1.1 billion, feed-in tariff (FIT) contracts with wind and solar companies, the sale of surplus energy to neighbouring jurisdictions at a loss, the Debt Retirement Charge, the Global Adjustment, and Smart Meters that haven’t met their conservation targets have all put upward pressure on hydro bills. The sale of 60% of Hydro One will likely only exacerbate this problem.

It is not too late to sign the petition. Anyone interested in adding their signature can print off a copy from Mr. Arnott’s website at www.tedarnottmpp.com or contact Mr. Arnott’s Riding Office at 1-800-265-2366 or [email protected]

“It is time for the Government to listen to Ontarians, reverse course on their current hydro policies, and take immediate steps to stabilize hydro bills,” Mr. Arnott concluded.