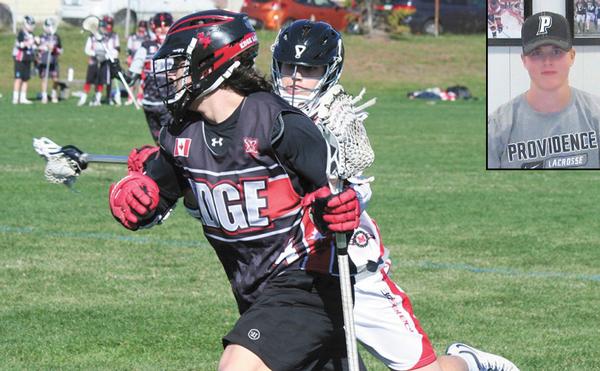 Team Canada – Mackenzie Ioccoca, above, of Puslinch, and Robert Stoval, inset, of Fergus, are two of 24 teens that will represent Canada during the U-19 Men’s World Lacrosse Championships in Coquitlam, BC in July. (courtesy Wellington Advertiser)


Two local players have made the final roster for Team Canada in the upcoming U-19 Men’s World Lacrosse Championship in Coquitlam, BC.

Mackenzie Ioccoca, 17, of Puslinch, and Robert Stoval, 18, of Fergus, will be joining 22 other teens from across Canada to take part in the tournament July 7 to 16.

Ioccoca, who played minor lacrosse and Junior B lacrosse in Guelph, wasn’t invited to the first selection camp at IMG Academy in Florida. But he received an invite to the second camp, where he said he had a good showing.

He will be playing midfield for Team Canada.

“It was an incredible honour and very surreal. Knowing I was getting a chance to represent my country felt incredible,” said Ioccoca.