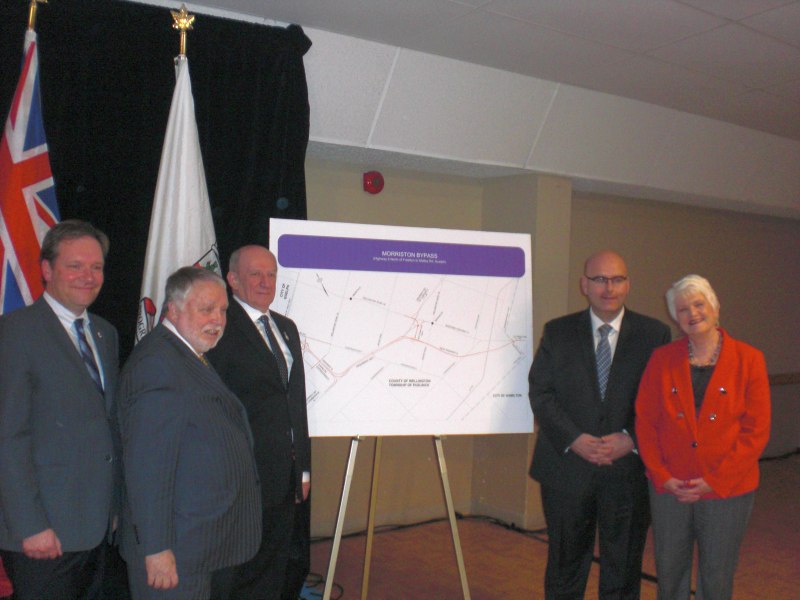 Today at a press conference in Aberfoyle the Ontario government officially announce that it is moving forward with the Morriston Bypass (See map below). There were brief speeches by Dennis Lever, Mayor of Puslinch; Steven Del Duca, Minister of Transportation; Liz Sandals, MPP for Guelph; Ted McMeekin, MPP for Anaster-Dundas-Flamborough-Westdale and Ted Arnott, MPP for Wellington-Halton Hills. The construction is set to start in 2019 and had budget approval.

As Ted Arnott stated, “It was a long road to get this road” and most in the audience were visibly excited at the announcement.

Click on the map below to download it in PDF format if you wish to examine it closer and scroll down to see the official Wellington County Press Release. 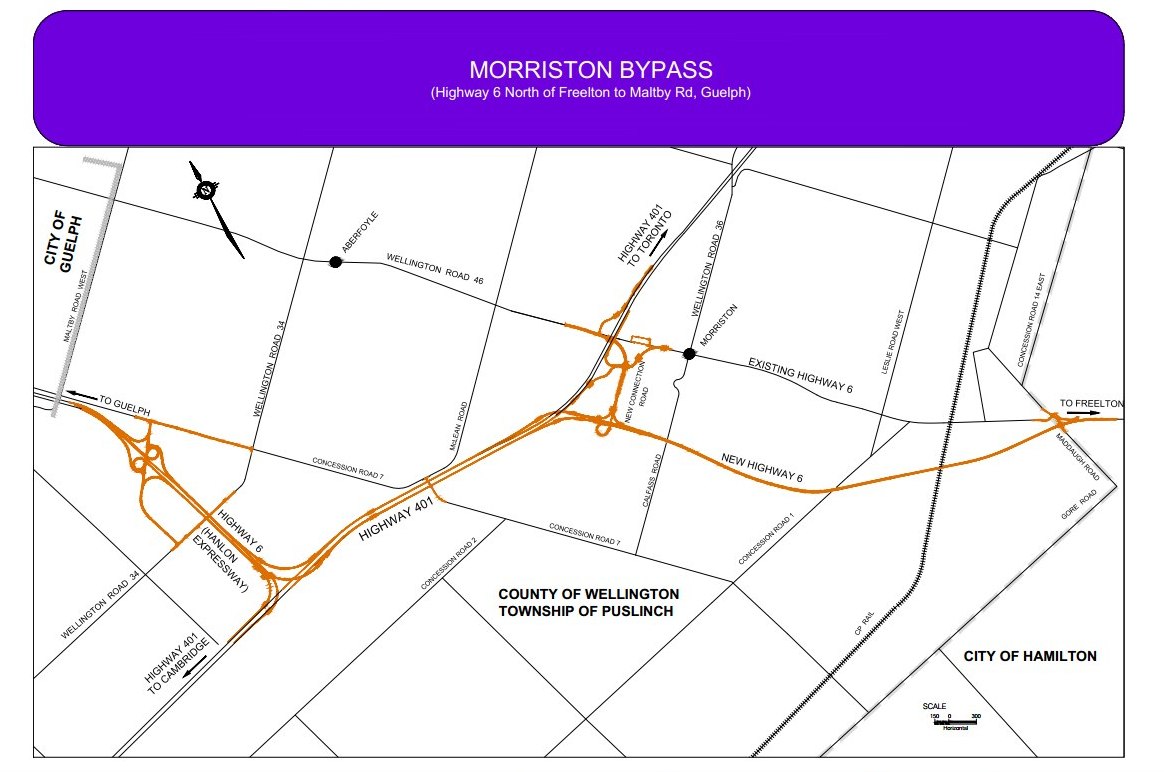 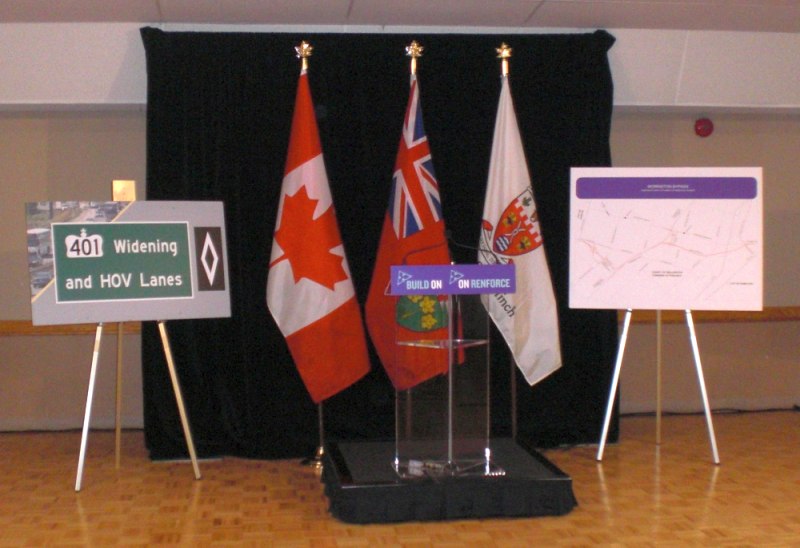 Here is the official press release from Wellington County (download it here):

PUSLINCH- The Honourable Steven Del Duca, Minister of Transportation, held a press conference this afternoon to announce that the Government of Ontario has included the Highway 6 Morriston By-pass in its 5 Year Capital Plan for highway construction.

“The Township of Puslinch is very pleased with today’s announcement and the commitment to move this project forward,” said Puslinch Mayor Dennis Lever. “The Highway 6 Morriston By-pass project has been in the works for over 30 years. The traffic bottleneck puts the safety of our residents at great risk. Highway 6 is a key economic corridor connecting the 401 to the Hamilton/Niagara region, as well as to the U.S. border.”

“The County of Wellington is pleased that the Government of Ontario has decided to invest in the Highway 6 Morriston By-pass,” commented Warden George Bridge. “This investment will have a very positive economic impact on all of Wellington County and the region.”

The County of Wellington, the City of Guelph, and the City of Hamilton have all supported the Highway 6 Morriston By-pass. In 2013, the Morriston Coalition was formed by Mayor Lever, Jana Burns, the Director of Economic Development for the County and Rory McAlpine, Senior Vice President, Government and Industry Relations with Maple Leaf Foods. Other members include: the Guelph and Hamilton Chambers of Commerce, Tim Hortons, , Nestlé Waters, Canada Bread, and Cargill.

“On behalf of the Township of Puslinch, I would like to personally thank Mr. Ted Arnott, the County of Wellington Economic Development Department and the members of the Morriston Coalition for their tireless efforts,” said Lever. “The Morriston Highway 6 By-pass project would not have been possible without the enormous collaboration of many parties.”