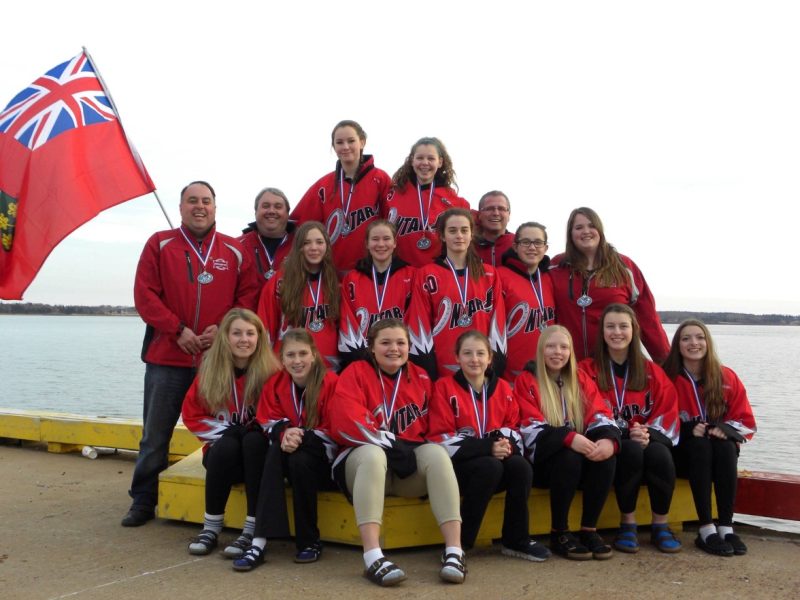 With 3 wins and 2 ties in round robin play Team Ontario finished in top spot and received a bye to Sunday’s Championship game. Ontario lead 2-0 heading to the final period but Nova Scotia battled back to take a 3-2 lead with 2:59 left in the game. With the goalie pulled Ontario scored with 1:28 left in the game forcing overtime. Both teams traded opportunities in overtime with Nova Scotia scoring 8 minutes into overtime.

It had been a crazy time for the Guelph team as they played 9 games in 4 days to capture the Provincial Championship in Timmins back on March 20th. The girls had roughly 3 weeks to prepare before heading east on April 13th. The Eastern Canadian Championships was a 4 day tournament and Team Ontario played another 6 games.

Congratulations to Lindsey and Lexi.