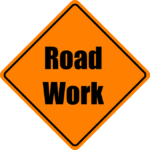 PuslinchToday received a letter from Mike Thurlow regarding the construction on Brock Road two days ago. We contacted Mayor Lever and asked for some help in clarifying this and I’m happy to report that within a few hours Mayor Lever had contacted the appropriate person at the County and asked for the information. Below is the original letter we received and the response that Mayor Lever received (there is also a VERY detailed .PDF file with the plans for the road available at the bottom of this posting).

I’d like to thank both Mr. Thurlow and Mayor Lever for this. This is exactly the type of interaction I was hoping this website would encourage from the public and I couldn’t be happier with quick response I received from the township.

The curb continues for approximately 50 feet before returning back to a soft shoulder and opening back up to 2 lanes again. I’m hoping this is just an error and that this isn’t intended to be a mandatory right-turn lane at McLean (or perhaps there are other plans to shift the middle traffic island as well?). We’ve seen what has happened with this stretch being cut down to a single lane temporarily during construction and I’d hate to have that as a permanent “feature”?

“We did shift the road a half lane to the north to take out a previous deflection in the alignment. As is hinted at, we will be shifting the median island to the west.

When the new median is in place, there will continue to be two though lanes in both directions on Brock Road. The attached drawing shows the final lane configurations.