Flying Officer George Stewart was born and raised in Morriston.
He was killed in action in Burma during World War II on June 2, 1945. 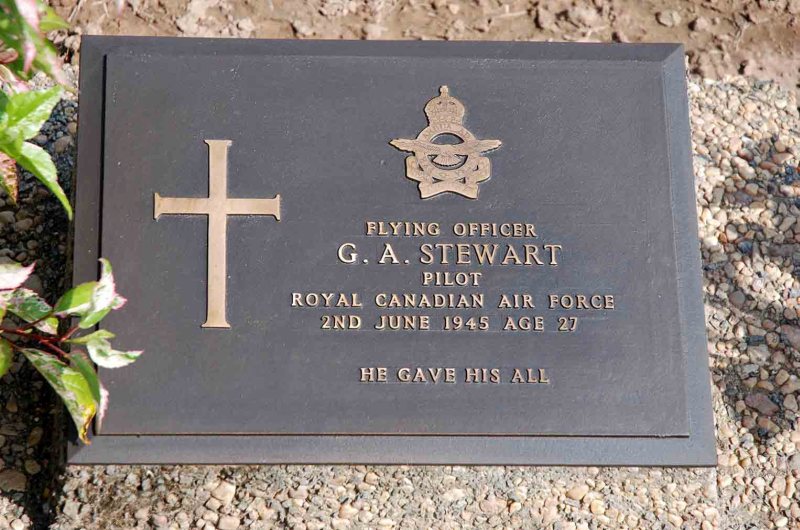 The P47 Thunderbolt that George flew (NV-D) required four mechanics, instrument, engine, armament and airframe. The gentleman in the photos was George’s airframe mechanic, my father, William Smith. He died six months after we visited Burma in 2012 at 88 years old.

We landed in Burma at Rangoon on a flight from Bangkok, Thailand. We planned to visit many places where Dad was stationed during the war. First on the list was the Commonwealth War Graves Cemetery at Taukkyan, a small village 15km forth of Rangoon.  I did a little research on the internet and found out that George had been taken from his original grave and re-buried here beside so many of his comrades in arms. It was an incredibly hot day and very humid too. The site is so very well cared for and the Burmese men who tend the lawns and flowerbeds stop what they are doing and give so much respect to visitors who come here. Dad was delighted to be able to visit the grave and found it a very emotional day. He found it difficult to hold back his tears. He was also very grateful for being able to live a good life while others he once knew had spent so many years lying in a foreign field.

RAF 79 (fighter) squadron had a significant value to the Burma campaign. The Japanese army were headquartered inside the ancient fort at Mandalay. The walls were 20 feet thick and were well defended. It was only an aerial assault from light bombers that could breach the walls and allow the 14th army to defeat the Japs. The boys of 79 were chosen to be the unit best equipped for the task. The P47 of George Stewart was on that mission.

My father was present at the accident that killed George. It was early Saturday morning 2nd June 1945 at Myingyan airstrip. NV-D piloted by Stewart and NV-K took off together. Aircraft often departed in pairs in those days. As the pair cleared the ground the two planes touched wingtip-to-wingtip causing George’s aircraft to loose stability and he lost some height. He had no time to react before the aircraft came down and exploded. My father was on the burial detail. It was the most horrific incident my father witnessed during the war.

My father spoke little of his wartime experiences as I was growing up. It was only later in life he talked of the war.

I would like the people of his home district to understand that my father believed George Alexander Stewart RCAF was in the truest sense a war hero – not only for his assault on Mandalay but on others around the battles of Imphal and Kohima. 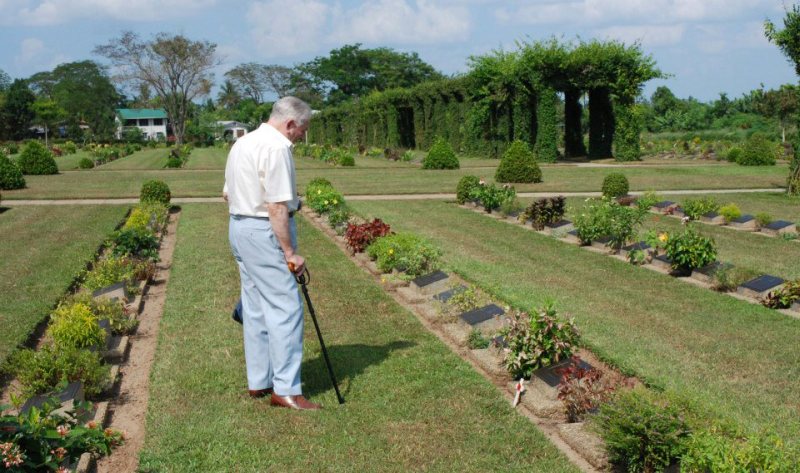 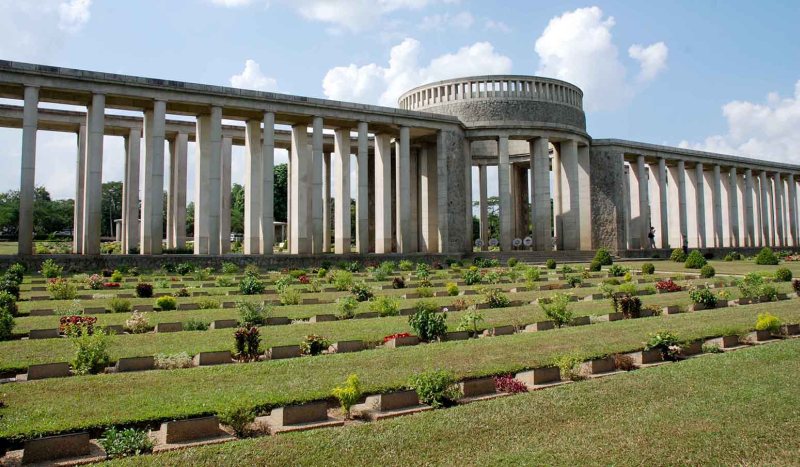