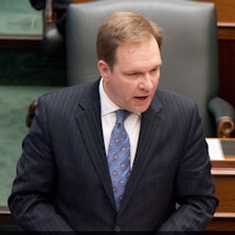 “While the Liberals are trying to spin this as a ‘new’ Cabinet full of fresh faces, we expect to see more of the same,” Mr. Arnott said.

A few personnel changes do not mean the Government is changing, according to the veteran MPP.

“The Premier is still in place and she is the one who gives the Ministers their assignments. She can’t credibly blame her colleagues for the mess her Government has made, when she is very much the one in charge,” he added.

Mr. Arnott noted that these are the same Liberals who have spent the last thirteen years wasting billions of dollars because of inadequate oversight and misguided priorities.

“A few new Ministers are unlikely to change the direction of the Government,” said Mr. Arnott. “This is the same Government that has more than doubled Ontario’s debt since they first took office and now pays almost a billion dollars a month in interest on that debt, while they can’t find enough money for priority services like health care, education, and services for autistic children.”

Mr. Arnott pointed out that the Premier appeared more concerned about putting a ‘fresh face’ on her Government than in the ability of her Cabinet to run the Province.

“Some Ministers who have proven to be in over their heads were simply shuffled from one Cabinet portfolio to another, while the Premier seemed to unfairly discount experience with the removal of some of her Ministers simply because of their age,” Mr. Arnott observed.

Mr. Arnott does not believe that a few new faces will result in any change to the Government’s philosophy or agenda. The only way Ontario residents will see change is through the ballot box.

“These are the same Liberals,” Mr. Arnott concluded. “The only way real change can come is after the election, which is expected in June 2018.”