Below is a response from Mayor Lever to a letter from a resident clearing up some misconceptions about County contributions and involvement in Puslinch. The original article published in the Advertiser [see it here] seems to have some facts incorrectly stated.

We’d like to thank Mayor Lever for sending this to us to correct the information. 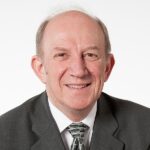 Thank you for taking the time to write and I agree with many of the points raised in your letter.

One of the reasons that I ran for Mayor in 2010 is that Township taxes had increased by 42% in the previous four years. Things were simply out of control. Since then I have worked hard to maintain costs and keep tax increases affordable at both the Township and the County.

Unfortunately, some of the information contained in the article in the Wellington Advertiser was not correct. The speakers did not have their facts straight. Centre Wellington is poised for growth in the next 25 years but so are all the other municipalities including Puslinch. Center Wellington currently makes up 31.2% of the County population and that is proposed to change to 37.4% not 50%. They will need to invest in infrastructure as will we all, but the County (all taxpayers) will be funding the County portion. While there seems to be a common refrain about more representatives at the County Council, their percentage of the population has only increased by 2% since amalgamation in 1998 when the distribution of seats was determined.

I did support the donation to the hospitals. The County did contribute to the MRI program at Guelph General Hospital some years ago as well. As you point out, we have one tax rate applied to much different assessment values and as such the Southern Municipalities pay more per household. There is no area rating program that we can use to remedy this. The best way to minimize and possibly improve the situation is to increase the economic development in the North so that property values increase. The hospital funding was part of this initiative. Recent information from MPAC shows that for 2017, property values will increase by a larger percentage in the North than they will in Puslinch. I am very pleased to see this.

As for County contributions to Puslinch, the Brock Road improvement program that we are currently going through will take another two years and cost over $6 million and is currently proposed to have a roundabout at Gilmour Rd. I am also trying to get Victoria Road moved to the County as the growth in the South end of Guelph has turned this into a major arterial road as well.

As for leaving Wellington County, Puslinch cannot afford to go it alone and joining other areas around us would not improve the situation. In fact, just this Spring, there was some talk by the residents of rural Milton about joining us as they were not happy with the urban part of Milton.

Again, thanks for writing and I would be happy to meet with you or a group of residents to discuss this further if you like.

Dennis Lever is the Mayor of Puslinch Township and Councillor for the County Of Wellington.