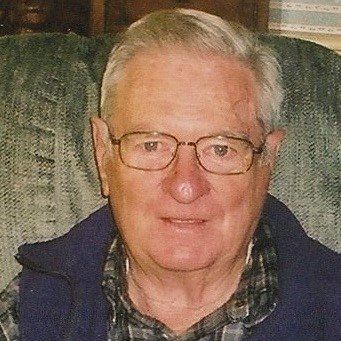 Beloved husband, dad, brother, grandfather and uncle passed away surrounded by his family. Loving husband of Marion (Schneller) for 61 years, dear brother of Malcom (Dorthyann) and Jacqueline (Dick)(predeceased), and brother-in-law Brad (Sandra), and much admired Dad for Peter (Elizabeth) of Hamilton, David (Sharlene) of Brooklin, Bill (Donna) of Guelph, Karen (Stephen) of West Guilford and Darius of Guelph. Beloved grandfather of Ian and Heather, and Jason and Lindsay. Born in St Catharines, Ontario, John was predeceased by his parents Elma and John (senior).

He graduated from the Ontario Agricultural College (OAC) in 1953 and his Masters from OAC and Rutgers (PhD). Most of his academic career was spent at the University of Guelph, initially in the Department of Poultry Science and later in the Department of Animal and Poultry Science. His ongoing contacts with industry ensured direct application of his research into various aspects of poultry nutrition that was always timely and insightful. For example, his pioneering work of nutrition and fat deposition in broilers, which is still important today, was started in 1974. His research spanned all the major poultry species, and John could always be counted on to ask penetrating questions at poultry and nutrition meetings around the globe. John was truly one of the pioneers of the golden age of poultry nutrition. Together with his esteemed colleagues, he helped to develop what has become the foundation of our modern strategies of poultry nutrition. John had a close working relationship with Shaver Poultry in Cambridge, Ontario, and in this capacity visited over 50 different countries. John gave numerous invited lectures around the world where his insightful knowledge was always greeted with great enthusiasm, from both students and other professionals in the poultry industry. John authored over 400 research papers and co-authored 5 books on various aspects of poultry production. John became Professor Emeritus in 1990 and received the Order of OAC in 2013.

A lifelong resident of Puslinch Township, John was at Arbour Trails since 2015 but the special places in his life were the Long Lake Hunt Camp near Port Loring and the cottage on Redstone Lake, Haliburton. John was happiest whenever people would gather for fun and friendship.

The family extends its sincere appreciation to the professional staff at the General Hospital and Hospice Wellington, in Guelph.

Cremation entrusted to Gilbert MacIntyre and Son Funeral Home at 252 Dublin Street N. Guelph, visitation will be from 6 – 9 p.m. on Friday August 5th and 10 – 12 p.m. on Saturday August 6th. A Family service will be held at 1 p.m. on Saturday the 6th. At a later date his interment will be at Rockway Presbyterian Church, St. Catharines. In lieu of flowers, the family requests a donation to the Dr. John Summers Legacy Fund at the University of Guelph (http://uofg.convio.net/summers) or the charity of donors’ choice.