This is the first of a series of articles, which will deal with the health of the people of Puslinch from the time of the arrival of the first settlers until approximately 1960. 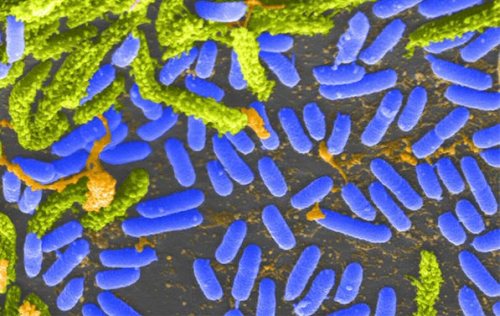 
Cholera is a disease now non-existent in Canada but for cases contracted in countries, where it is endemic. It is caused by a bacterium, which is spread through ingesting unclean food and water. Severe diarrhoea and profuse vomiting lead to dehydration, which can kill quickly.

During some of the years of heaviest emigration to Puslinch, 1832 and 1834, there were serious epidemics of the deadly disease. These epidemics were caused by the overcrowded, unsanitary conditions on the ships that transported the emigrants from overseas. David Stirton, in an interview with Kate Conway in November 1899, recalled that although some died on the passage, the epidemic became generalized on the ships by the time they entered the St. Lawrence River.

As quoted in The McPhatter Letters, a young couple, John and Christina McAllister and some other members of John’s family emigrated in 1832. Cholera was raging and three of their party died from it.

James D. Ramsay, in his memoir, wrote that two of his uncles, who preceded his father to Canada, had died of cholera. Donald Ramsay died at Quebec in 1832 and Archie Ramsay died at Hamilton in 1834. They were sons of Archibald and Christina (née McLean) Ramsay, who arrived with their son, Alexander and three daughters in 1842.

Peter Stewart recalled for The McPhatter Letters, that his brother-in-law died from cholera at Montreal, while the family was on its way to Upper Canada in 1834. He stated that cholera was prevalent all over Canada at that time.

James and Grizel Gregor, the Cockburn, Todd, Beattie, McFarlane, Walker, Andison and Fleming families, came to Canada aboard the Alfred of Alloway in 1834. Sandy Fleming recounted that the voyage of nine weeks and three days was plagued with sea-sickness and what he called dysentery, which is one of the symptoms of cholera. This group was among dozens of immigrants quarantined at Grosse Isle. David Stirton reported that Mrs. Todd, mother of Thomas Todd, died of cholera, as the ship lay off Toronto. John McFarlane, an immigrant from Gartmar, Perthshire, Scotland, lost his wife, Jeannette Sands on Aug. 10, 1834, as well as two sons, James and William, to cholera at Dundas, shortly after their arrival.

David Stirton recounted that on July 28, 1834, many people from Puslinch, as well as others from the surrounding countryside, went to Galt to view a travelling menagerie, where one of the employees fell ill with cholera. Two days later, there were deaths from the disease and five days later, one-fifth of the population of Galt had cholera. In Puslinch, only one family contracted the illness but two members of that Smith family died. They were buried on the top of a hill, on the road leading from Stirton’s neighbourhood in Puslinch to Hespeler, probably the Accommodation or Given Road, cut by Absalom Shade, as there were no other roads in those early days.

In 1847, Alexander Lamont of the Isle of Iona, Scotland, died from cholera at Freelton, as he walked towards Puslinch, with his wife and small children. His wife carried his body for seven miles, until she could find a suitable place for burial. Three weeks later, after the family had reached Guelph, a son died of cholera. The remaining members of the family settled on the Howitt farm in north Puslinch.

William Leslie, Postmaster of Puslinch Village Post Office wrote, for a history of Wellington County, that in 1848, there was a large emigration of people from Highland Scotland, many of whom settled in Puslinch. He stated that a great many of them died on the road and that some of them were buried on the property owned by John Marshall. This was lot 34, rear of concession 7 and lot 35, concession 7. In chapter 10 of Annals of Puslinch, 1850-1950, on the Killean section, William McCormick wrote that these people emigrated from the island of Uist about 1849. Forty of them arrived in Killean of nearly double the number, which began the journey, as they were stricken with cholera on the voyage. They were members of one or more of the following families: McLennans, McDonalds, McPhees, McVicars, McGeachys or McLeods.

There were more cholera epidemics during the 1850’s, notably 1854. In 1851, Jacob Berndt died in Morriston, a week after his arrival. The three youngest of his four children also perished. Henry Becker’s obituary noted that he arrived in Canada in 1854, “the year of the cholera”. On Aug. 29, 1854, George Schatz of Aberfoyle died from cholera, which he contracted while attending some ill German emigrants.

Gradually, with improvements in sanitation, the incidence of cholera decreased in Canada. The disease still kills 100,000 people each year in other parts of the world.