This is the second in a series of articles about the health of the people of Puslinch from the earliest days of settlement to approximately 1960. 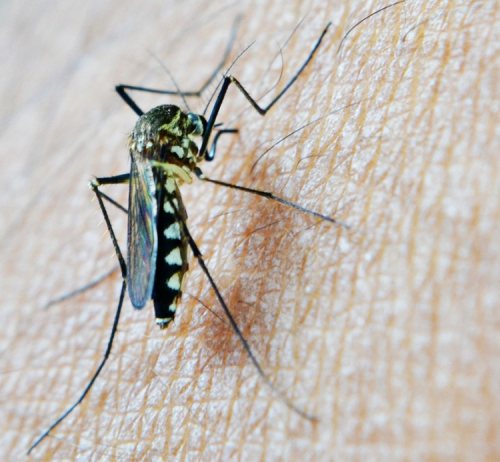 The symptoms are intermittent fever and chills, with headache and muscle and joint pain. It is potentially fatal, as one form can kill within 48 hours, if not treated. It is now called malaria and it is still prevalent today in the tropics of Africa.

Malaria is an ancient disease, documented from the earliest times in history, attacking not only humans but birds, reptiles and mammals, as well. The Pharoahs of Egypt used mosquito nets for protection. The Romans thought that it was caused by fumes issuing from swamps. In the 1600’s, Spanish missionaries observed the Quechua people of Peru using the bark of the Cinchona tree to treat the illness.

In 1880, Charles Alphonse Laveran, a French Army surgeon, stationed in Algeria, discovered the existence of a parasite in the blood of suffers of malaria. Sir Ronald Ross, a British Army surgeon in India, proved the mosquito-malaria link in 1897. When an infected mosquito bites a host, it transfers the parasite. The parasite settles in the host’s liver, where it multiplies. Quinine was developed as a treatment in 1918 and its derivatives are still used today.

In the earliest days in Puslinch, David Stirton said, that when the forests were being cleared for settlement and before the presence of doctors in the vicinity, the settlers suffered from malaria, which they called “ague”. The Mast family reported being afflicted by ague. It was prevalent in low, swampy areas, where settlers often built their shanties, in order to have easy access to water. As well, many immigrants, in order to earn some scarce money, went off to work on the Welland or Dejardins Canals for a season or two. These canals were being dug through mosquito-infested swamps and they often returned with malarial fever. David Stirton related a story, mimicking the Irish accent of his neighbour, Mr. McGinnis, whose four grown sons all went directly to the canal. Mr. McGinnis related his experience with the fever, upon reaching Puslinch Township:

As the clearances grew, David Stirton related, the ague disappeared and the general health of the settlement was very good. Joseph Grant arrived from Invernesshire in 1843, settling in Chatham, Ontario, where he was stricken with a severe bout, causing him to relocate from that area to Puslinch. Malaria continued to occur in the Southern and Midwestern States to the beginning of the 20th century.