This is the fourth in a series of articles about the health of the people of Puslinch from the earliest days of settlement to approximately 1960.

In the first decades after settlement, there were no doctors in Puslinch. Those possessing some skill at healing among the settlers, such as Agnes Elliot of Badenoch and John Callfas of Morriston, were often called upon to do what they could, when sickness or accident occurred and these two individuals were quite capable.

After some time, a doctor set up a practice in Morriston, the only village in the township to have a doctor in residence, with the exception of Aberfoyle, where Dr. James King practised for a short time, before moving to Morriston. Over the years, a few doctors began their careers at Morriston – Dr. Keating, Dr. Cormack and Dr. Phillips. Dr. Keating may have been the first doctor in the village. 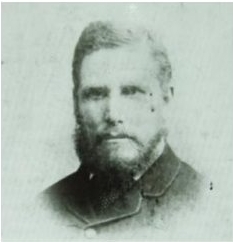 At points, there were two doctors in Morriston. Dr. John Dickson Courtenay, who married R. B. Morison’s daughter, Minnie, and Dr. Cormack were both in practice in Morriston in 1885. By 1891, Dr. Courtenay was working in Waterdown.

Dr. J. A. Phillips, who graduated in Toronto in 1887 and spent six months in residency at a New York Hospital, began in Morriston in 1888 but seemed not to have remained long, as there is no further mention of him.

In 1893 and 1894, Dr. William L. Hilliard practised in Morriston. Dr. Hilliard attempted to establish a pharmacy in the village. He was quite an active man and was instrumental in the formation of the Morriston Football Team. He had left the township by August 1897.

Dr. James H. King was born in Eastern Ontario on Oct. 17, 1870 and raised in Dresden, Ontario. He received his M.D. from the University of Western Ontario and later studied at Trinity College of the University of Toronto. He began his medical career in Aberfoyle in 1901 but relocated to Morriston about 1904. The “doctor’s house”, the large cement block home on Badenoch St. in Morriston, was constructed for Dr. King and he married a local woman, Mary Jane Nicoll, daughter of Lieutenant-Colonel Nicoll of Badenoch. He doctored through a smallpox scare and he worked day and night during the Spanish Flu epidemic of 1918-1920. Alex Ord remembered his father and others driving the doctor from patient to patient, while he slept in the cutter, between house calls. He practised in Morriston until 1922. On Friday evening, April 21, 1922, approximately 300 residents of Badenoch and Morriston sections gathered in the Forester’s Hall in Morriston to wish Dr. King and his family well. They presented Dr. King with a gold watch, Mrs. King with pearls and daughters, Vera and Mildred with pencils. His third daughter, Peggy, must have been born after this. So trusted was Dr. King, that many of his Puslinch patients afterward attended his office in Guelph. In Guelph, he was Medical Officer of Health for a number of years. In 1934, Dr. King was elected by a large majority to the Provincial Legislature as Member for Wellington South. He remained the representative for the riding until 1943. Dr. King died in 1949.

Patients on the west side of Puslinch attended doctors in Galt and Hespeler, Dr. Charlton being one of them. Those on the northern fringe saw doctors in Guelph.