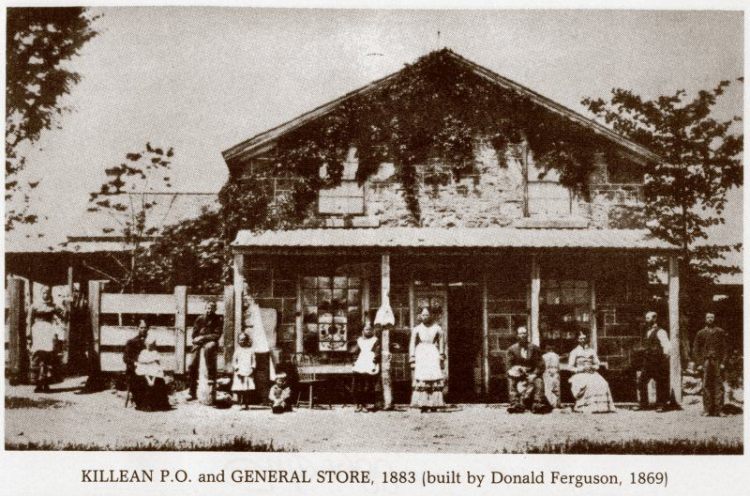 FINISHED –The now famous Mr. Adam Young has at length finished the most successful season’s threshing he was every engaged in and intends celebrating his victory over other competitors by treating his numerous customers to an oyster supper at Puslinch Lake Hotel on Christmas Eve. A large number of invitations are already issued.

SLIGHT RAISE – In consequence of the change in the weather our boarding establishments have decided to protect themselves by a slight raise in the tariff.

AN OLD VISITOR – Mr. John Thompson of Dakota is on a visit to his numerous friends in Puslinch. Mr. Thompson was one of the first settlers of Puslinch, coming from Scotland over half a century ago, taking up lot number 10, 1st concession of Puslinch, then of course, nothing but a forest. About eight years ago, he retired to Hespeler and subsequently moved with his family to Dakota, where he now resides. Although 80 years of age, Mr. Thompson is still hale and hearty and his long journey did not inconvenience him in the least. Although only a few years since he left us, he finds great changes have taken place during his absence and most of his former companions and neighbours are now lying in the quiet burying ground of Killean.

RETURNED – Miss Annie Gilchrist has returned from a long visit to her friends in Harriston. Miss Sarah Schaumburg has also returned from a visit to her friends in Waterloo. Both young ladies look as though they enjoyed themselves. Mr. John McMaster of Washington Territory, formerly a resident of Killean, is at present visiting his friends here and elsewhere in the county. Mr. McMaster looks as if the climate of the far west agreed with him.