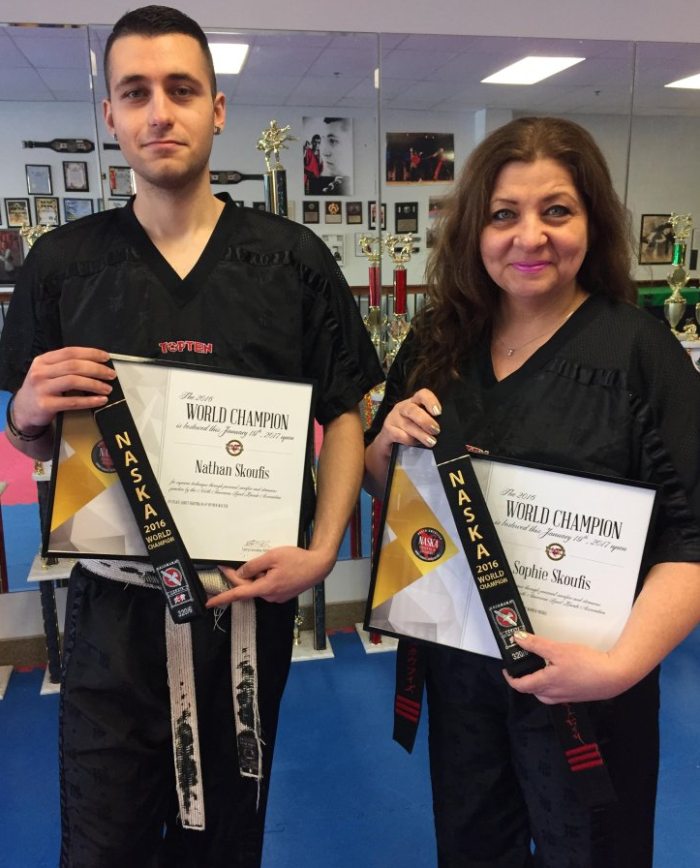 Nathan Skoufis, owner and head instructor of Guelph Family Martial Arts and mom Sophie Skoufis, head instructor, have been involved in martial arts over three decades combined. Nathan Skoufis, 22, started martial arts at age 6 – at age 10 he wanted to quit his martial arts training, as he had lost motivation to train. Nathan Skoufis says “I did not enjoy martial arts training. I was not an instant success but far from it”. Sophie Skoufis did not want her son to quit, but wanted him to attain a black belt at the least and then leave the sport. So, to help keep her son interested she joined, regularly attending the same classes. A young Skoufis reminiscences that he had to stay with it now as he could not allow only his mother to reach the goal of black belt. This built a strong bond between them, motivating each other and reaching their goal of black belt together. 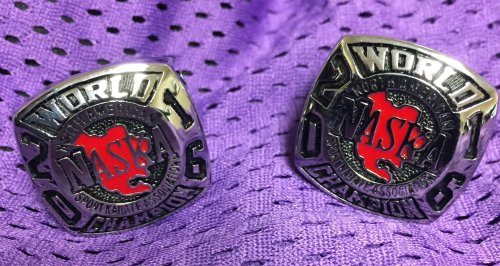 Nathan believes that without his mother joining and supporting him, all of these accolades would have been impossible, as he would have quit as a young child as he did not recognize the importance of sticking with martial arts at that time. Skoufis says “he is truly grateful for what his mother did all of those years ago, instilling perseverance in the process. And when obstacles arise we must not quit, but we must alter our plan to pass this obstacle and that tough times will never last but tough people do. You just have to keep going and weather the trial and tribulations”. Nathan Skoufis says his mother has been the reason he has been able to achieve 10 world titles by the age of 22, citing her supportive and positive qualities and stating that his mother never missed a single moment or tournament.

The pair is actively involved in charity events working to raise funds and awareness with the aim of allowing all of our youth the opportunity to participate in organized sports, regardless of financial circumstances. They spend their time supporting/sponsor Children’s Foundation, Guelph Soccer, Big Brothers, and Big Sisters. They work with children to help combat anxiety, fear and depression every day, they believe this is the most rewarding part.

The Skoufis pair has won world titles in NASKA, NBL, IFMA and NAFMA which are all the major international martial arts circuits. They have been a part of team Canada 3 X and represented their country winning international medals. This is the first time mother/ son pair to ever win world titles at the same time, which is a very historic achievement. Nathan Skoufis says “winning a world title is a rare experience that many people never get the opportunity to experience, I’ve been extremely blessed to be in this situation. I never take it for granted and this was one of my goals that I had set for myself almost two decades ago, to achieve this goal with my mother is something that I could never put into words or could have even imagined. We started our martial arts journey together and to reach the pinnacle of the sport together, it leaves me at a loss for words”.

They both stated that the world title is not the best part but it is the process and journey leading up to this point. All of the difficult times, make this moment that much worthwhile. That the family that kicks together, sticks together!