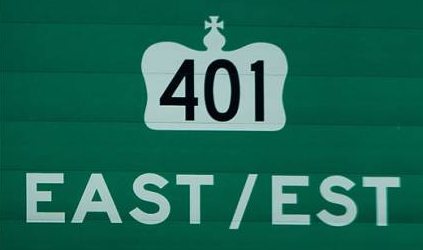 The Town of Halton Hills played an important role in securing a commitment from the Provincial Government to widen Highway 401, says Wellington-Halton Hills MPP Ted Arnott.

On April 10, the Minister of Transportation announced plans to widen 18 kilometers of the 401 from the Credit River in Mississauga to Regional Road 25 in Milton, adding new lanes, including HOV lanes, to relieve traffic congestion. The project is to be delivered under Infrastructure Ontario’s Alterative Financing and Procurement model.

Mr. Arnott drew attention to the announcement in a statement in the Ontario Legislature on April 13, and gave credit to the Town of Halton Hills for its efforts in securing the commitment.

“What the Government overlooked, however, when they were patting themselves on the back on Monday, was the significant role played by the Town of Halton Hills Mayor, Council, and staff in encouraging a widening of the 401 as a preferred option to other projects that were being considered as part of the GTA West Corridor Study,” Mr. Arnott told MPPs.

“Having expressed strong opposition to what the Ministry called Alternative 4-3, and working with local residents and the Region of Halton, the Town engaged the respected engineering firm Hatch Mott MacDonald to do a study, which concluded that the widening of the 401 would be a better option than building a new highway along the Alternative 4-3 route,” Mr. Arnott continued. “As Halton Hills’ MPP, I supported the Town’s position and repeatedly advocated for it at Queen’s Park, making this issue our number one legislative priority in the fall of 2011.”

While Mr. Arnott hopes that the announcement is good news for Wellington-Halton Hills, he raised a number of questions that he believes still need to be answered.

“Some questions remain unanswered by the Government’s announcement on Monday. When will shovels be in the ground to initiate the project? When will it be completed? Is this finally the end of the GTA West Corridor Study, after 10 years of uncertainty for local communities and residents? If not, what’s happening? Will the Government be turning the HOV lanes they’re promising into toll lanes? Can they guarantee they will not charge tolls in the future?” he asked.

Mr. Arnott hopes to follow up with the Minister of Transportation at the next available opportunity.