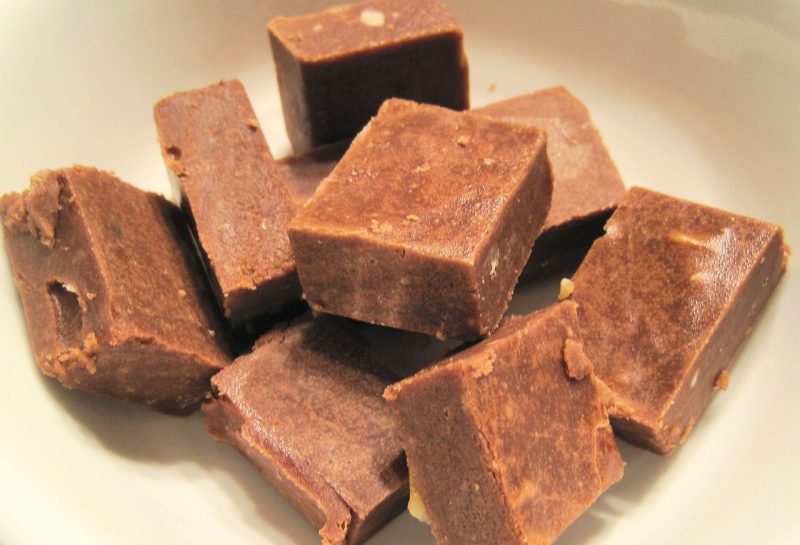 The first two meetings of the Badenoch Candy Crafters Club were held at the home of Joan Law on March 24 and March 31. The leaders of the club are Joan Law and Marion Hunter. At the first meeting, Joan welcomed us and opened with a history of candy making. Elections were held and the executives are: President – Nathan Fraser, Vice President – Nathan DeJonge, Secretary – Sarah DeJonge. The members decided that the name of our club would be the Badenoch Candy Crafters. Marion explained that we would be making Almond Bark for our first recipe. We were shown how to toast the nuts to enhance the flavour. We then melted white chocolate, stirred in the nuts and spread the candy on a cookie sheet. It needed to harden and we were able to enjoy it at the next meeting. We then did a candy quiz and closed the meeting with the 4H pledge and the 4H motto, Learn to Do by Doing.

The second meeting began with the roll call which was “What is your favourite candy?”. Marion explained the fudge making process including the importance of temperature when making many kinds of candy. You can use a candy thermometer if you have one, or do the “cold water test”. We then divided into groups and made Brown Sugar Fudge and Rainbow Mallow Fudge. Even with careful watching and stirring, the brown sugar fudge stiffened quickly and we got it into the pan just in time! We then played the Candy Clues game and closed the meeting with the 4H pledge and motto.