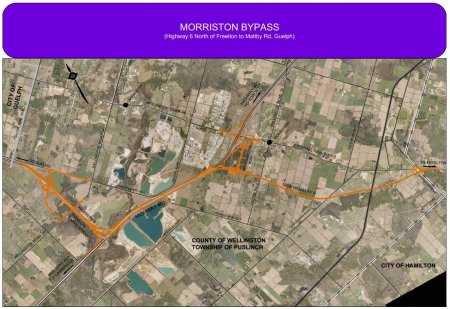 Puslinch resident Bev Wozniak would like to have a direct meeting with MTO officials regarding proposed improvements on Highways 6 and 401 from Hamilton North to Guelph – specifically the new alignment of Highway 6.

Wozniak spoke to Puslinch council on Sept. 20 regarding concerns with what she considered a flawed process. She also came with a petition with roughly 20 signatures of concerned residents. The petitioners want a public workshop with the MTO and its consultants at the Puslinch Community Centre.

Wozniak stated many residents purchased property in the area with no knowledge of the impacts of a Hanlon Expressway realignment.

For some, it would eliminate direct access from Wellington Road 34 to the expressway.

Wozniak contended that the base information of the MTO study is now 30 years old and does not account for additional residential growth in the area.