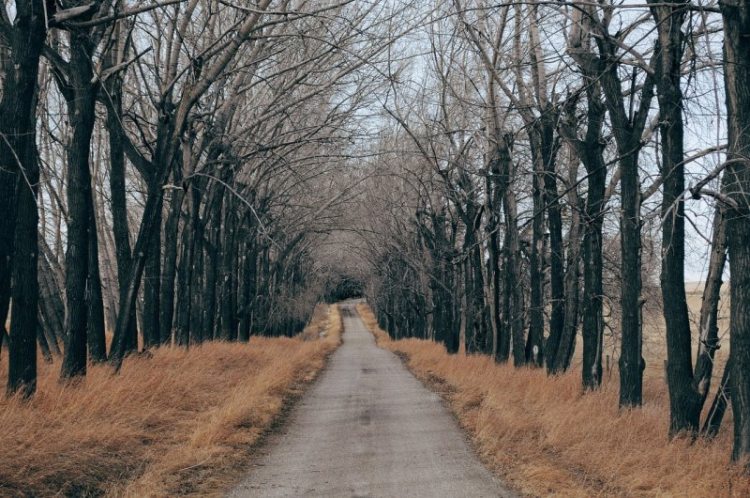 Statue Labour – Till within a very few years, the road which leads across the Township from Galt to the Brock Road was an apology for the term. Hills, ruts and swamps made it all but impassable for months in the year. Now, however, we are glad to notice that, under the indefatigable Mr. Duncan McDonald, who has had the superintendence of the Crieff section for some years past, he has brought it to a state of perfection that may well vie with any macadam highway in the province.

Road improvements: For years past, the side-road leading from the 1st Concession to the Gore of Puslinch, near Killean, has been a source of annoyance to the travelling public; its impassable nature at certain seasons of the year, making it even dangerous to travel on. Thanks however, to our worthy and ever vigilant Reeve, Mr. William Leslie, who amongst other needed improvments on the roads of the Township, has had this piece put into thorough repair, by having it gravelled and stones and stumps taken from the wagon track and the method adopted by Mr. Leslie (by public competition) in letting out the jobs, the work has been most satisfactorily done for a little over $50., whereas under the former systems of the municipality an expenditure of $100. would not have sufficed. Mr. Leslie is a man worthy of all praise in this matter and the general wish and hope is that he may long be spared to officiate at the head of our municipal affairs.

Roads: Farmers have commenced statute labour again. We are pleased to notice the Township Council is going to expend some more on “Scott’s” sideroad. This road has been in a bad condition for some time. The condition of the side road between lots 10 and 11, 2nd cocnession, is open to criticism. This road was not opened till a few years ago, when our Council expended $200. in a very praiseworthy manner from one end to the other. The manner in which the money was expended met with the approval of everybody, as the roadway was over half a mile long, and for the most part small trees and underbrush, with no less than five ponds, two of them nearly 100 yards in extent, each which had to be crossed. No statute labour being put on the road, it has not improved any and, being our most direct route to Guelph, we would like to see it put in a passable condition.