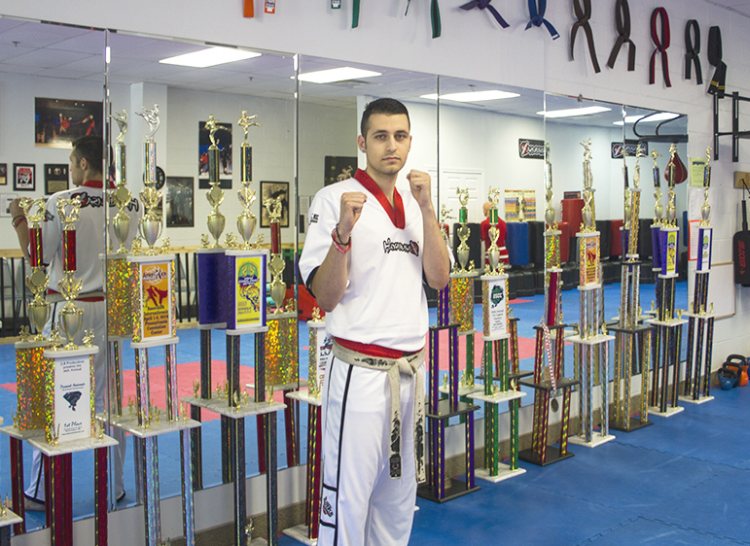 Canadian and World Champion Nathan Skoufis, 24, will be out to defend his Canadian Title at the Canadian Championships and add another Canadian Title to his collection. The event will take place at the Kitchener Auditorium on May 5th with competitors coming from all over Canada to challenge for the title.

Skoufis broke a long-standing Canadian Martial Arts record last year with his fourth straight victory, something that had never been done and now has his sights set on defending the title for a 5th straight year.

“I am very excited to be in the position to defend my Canadian title for a fifth time, especially with the great martial arts talent Canada has.” Skoufis said. The event is sanctioned by the Ontario Government, with “kickboxing” nearly an Olympic sport this event will feature Olympic style rules.

Nathan Skoufis is a Puslinch native and owner and head instructor of Guelph Family Martial Arts.