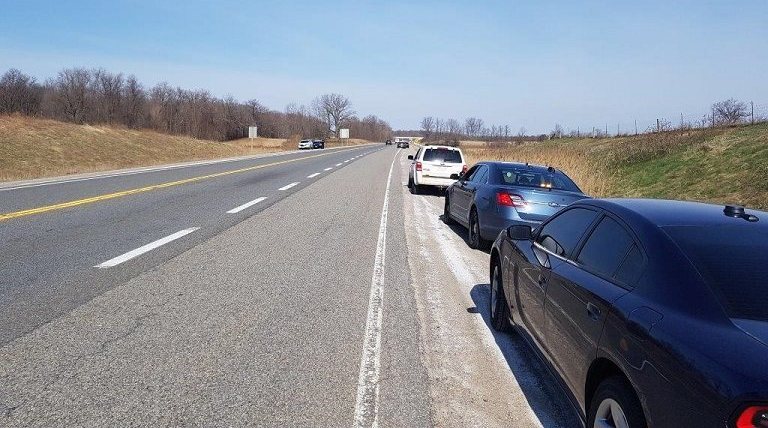 There was nowhere to hide for those motorists who chose to commit Big Four driving offences, operate unsafe vehicles or commit criminal offences from Wellington County on Highway 6 south of the 401, extending to almost Port Dover. Two Automated Licence Place Recognition (ALPR) cars were deployed to Highway 6 both days which assisted officers in the detection of numerous significant offences, including one male who was wanted by seven different police services in Ontario and Alberta.

A total of 353 traffic stops took place, resulting in 196 Big Four charges being laid, 89 other charges including numerous suspended and uninsured drivers, 48 tobacco related charges and eight criminal offences for a total of 333 charges overall.

“Improving safety on our roads continues to be a top priority for the OPP. Joint enforcement and education efforts like this one demonstrate the need for our officers to continue to be vigilant to address driver behaviour. Highway 6 in the Township of Puslinch typically sees some of the highest daily traffic volumes in all of Wellington County as motorists travel between Highway 401 and the Queen Elizabeth Way” says Wellington County Detachment Commander, Scott Lawson. “Clearly there are no shortage of concerns to address on this section of highway”.