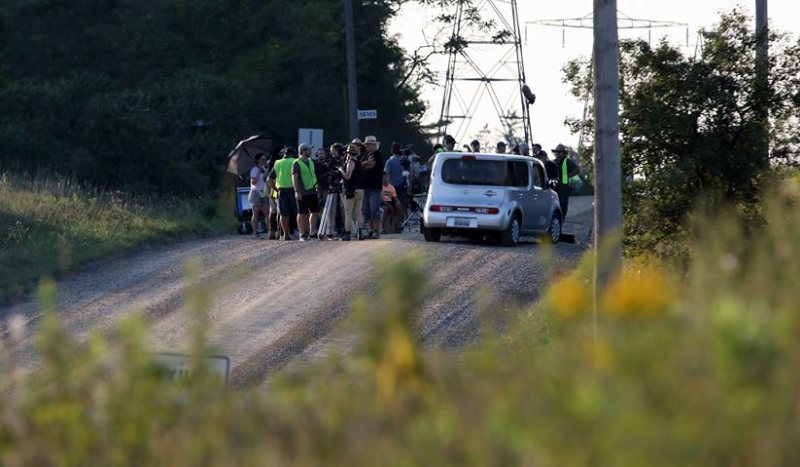 Above is a picture captured by Mike White of a film crew shooting on Calfass Road this past Tuesday. 7th Concession north of Calfass Road was blocked off for the shoot.

Set in a near future, Endlings centers around four foster children who discover they’re not alone following the disappearance of the last elephant on Earth.

Big thanks to Mike White for sending us the photo and this accompanying link describing the sci-fi series that is being filmed:

If you see something happening around Puslinch be sure to drop us a line at [email protected] so we can let everyone know!