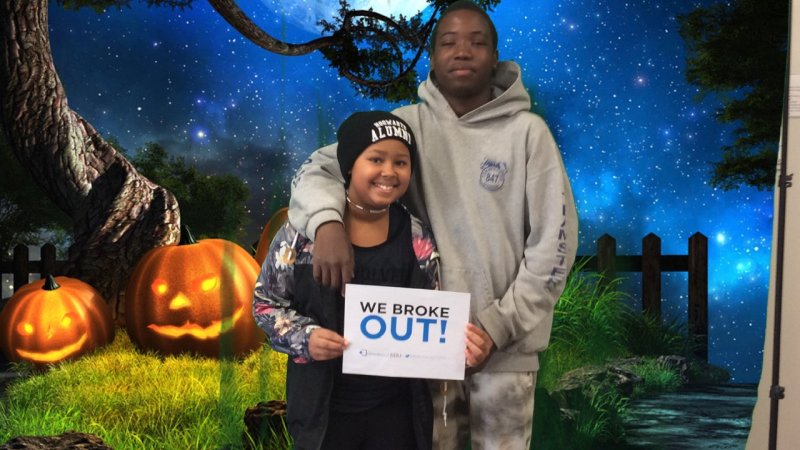 Escape rooms are all the rage now and the Puslinch Library is offering a strikingly similar experience luckily without being locked in a room. Instead there is a big metal box that has a number of locks on it that need to be opened in order to complete the challenge. Completing multiple and varied types of puzzles is the only way to find the keys or combinations. The best part – it’s free for all residents of Puslinch. 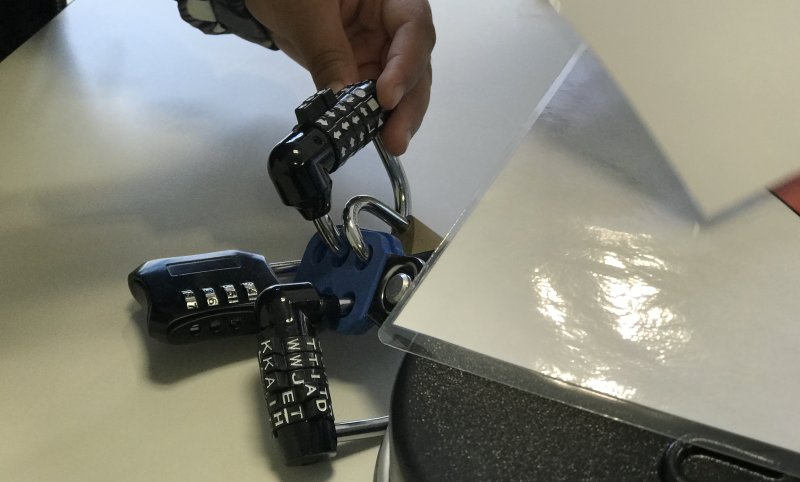 Recently our Grandkids visited for the weekend, and being eleven and thirteen year old “City Kids” as they call themselves, we are always trying to come up with something interesting for them to do. It just so happened the Breakout Box Challenge was on that Saturday. Since my Granddaughter is always asking to go to an escape room I thought this would be just the ticket. Personally I don’t like the idea of me or my Grandkids being locked in a room and paying for the pleasure of it to boot. As soon as she heard it was the same game at the library she was raring to go as well as my video game motivated Grandson who is always up for a good contest.

They both love to win so we decided it would Grandparents versus Grandkids. Looking at the set up with all the various puzzles I was sure the kids would do well and we would be stumped, being Old-timers and all, so we decided they should go first. Wayne and I thought it would give us time to digest the whole endeavor and maybe come up with a strategy. Hey, all’s fair in love and war and we certainly do love our Grandkids!

Parts of the challenge included intricate word puzzles as well as following clues to….wait, I can’t tell you, and you’ll need to figure it out yourself! Both kids were totally engrossed in the game. I don’t think I’ve ever seen my Grandson so focused except when he’s playing Fortnite. Every time they solved a puzzle excitement and satisfaction ensued when the lock would open. I was proud and impressed with how well they managed. It all looked like a foreign language to me. But it still took them twenty-eight minutes. I figured we were goners. 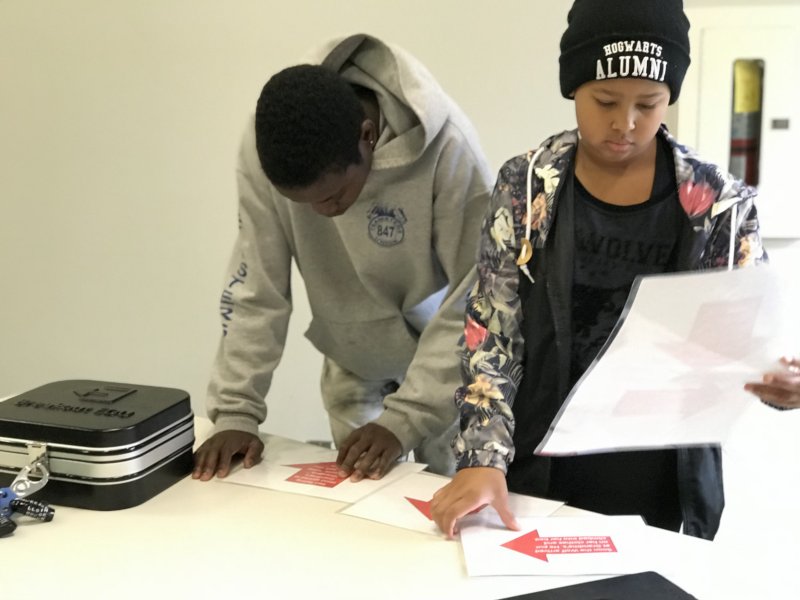 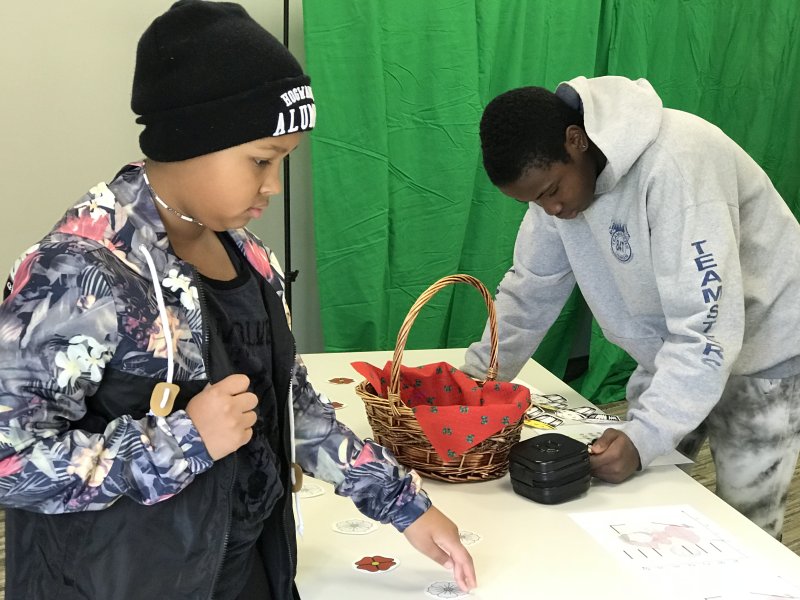 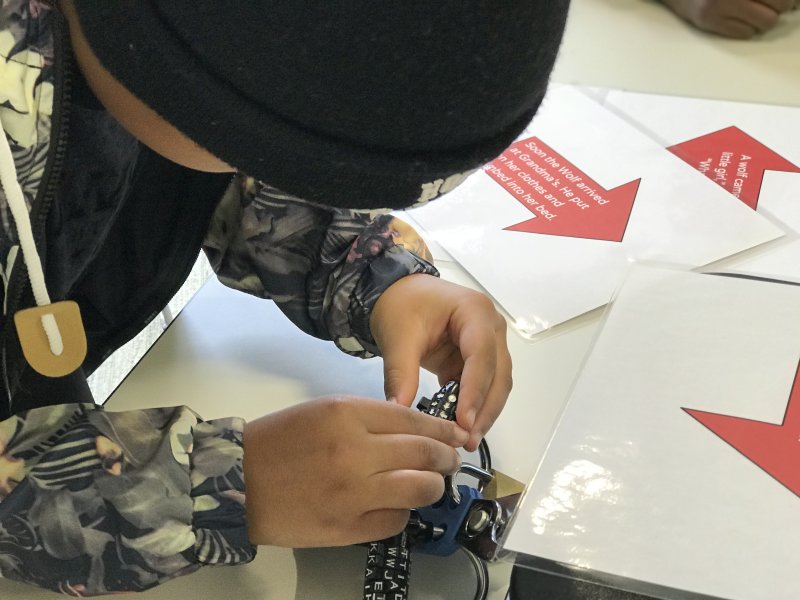 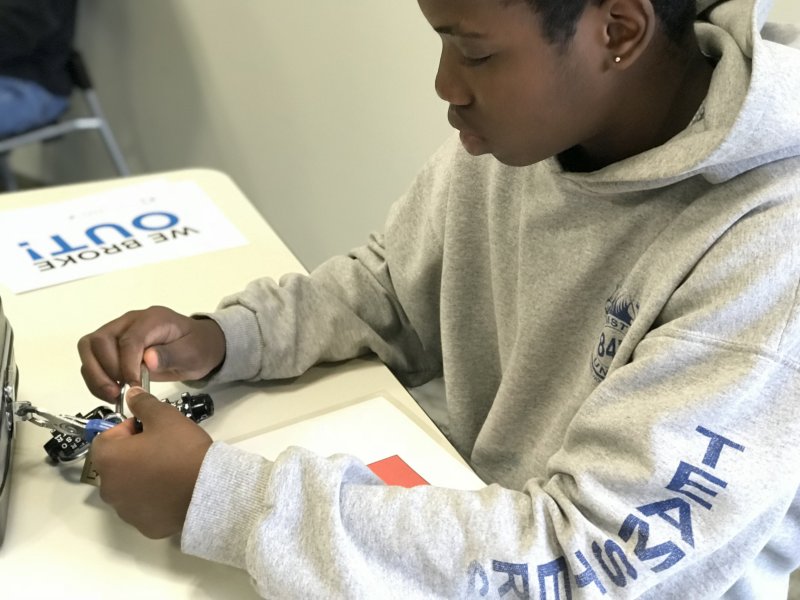 Wayne and I stood up to the task. Once we read our objective we decided we should split up – divide and conquer. I looked at the first puzzle, pondered for a few minutes then solved it. Wayne had already found a key. Would we really be able to master this and win? Would we be the tortoise and the kids the hare? They must have felt pretty confident because off they went into the library to explore and discover interesting things. 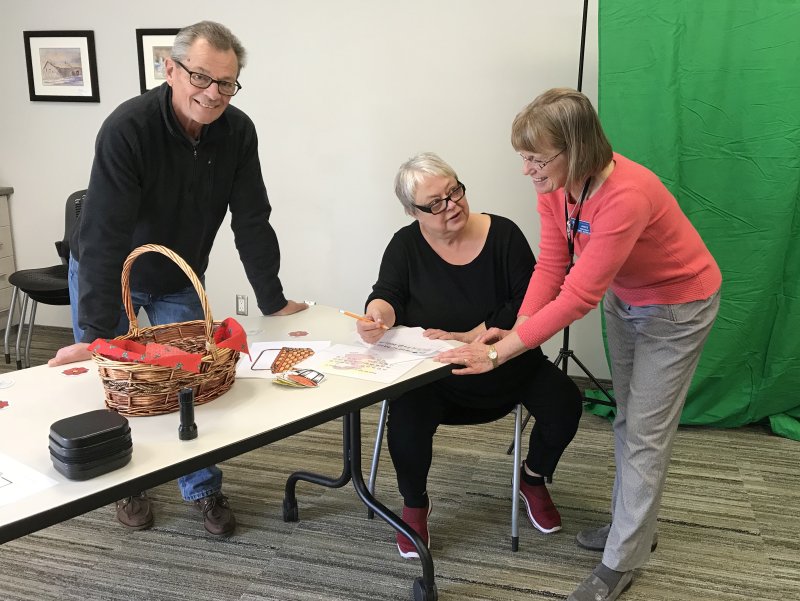 Twenty-one minutes later we triumphantly opened the last lock and found our treasure. The win to Grandpa and Omi! The kids weren’t impressed as we admitted asking for clues from Assistant Branch Supervisor (and Breakout Box Set Up Artist Extraordinaire) Janice MacDonald. Three of them in fact – those last puzzles were a wee bit of a humdinger, thankfully you can ask for clues when stumped. 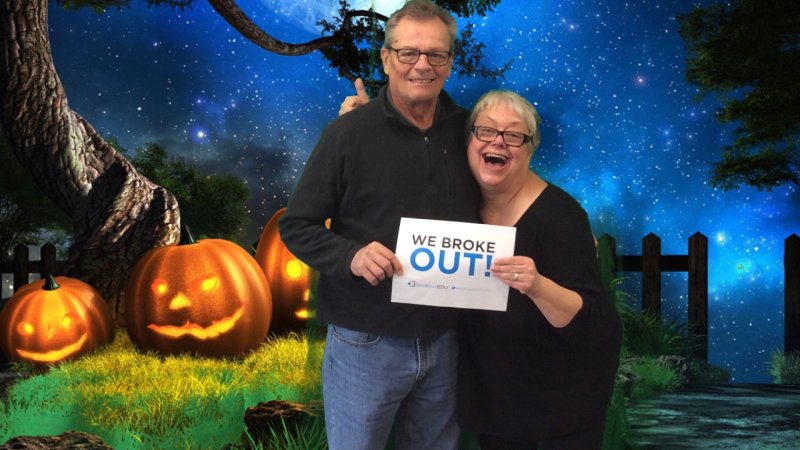 When fetching the kids they plaintively moaned that they wanted to stay at the library longer. When I asked how long, one more hour was the answer. What a pleasant surprise that my mobile device motivated Grandkids were entranced with our Puslinch Library and the wonderful staff there. As we walked out they asked when we could come back. Anytime kiddos, anytime.

Have you checked out the Puslinch Library and all the programmers it has to offer? Check out our EVENTS CALENDAR to find out what is coming up. Or just drop in at 29 Brock Rd S, Puslinch, ON N0B 2J0. Tues to Thurs 10AM to 8PM, Fri 10AM to 6PM, Sat 10AM to 5PM. Sun and Mon closed.