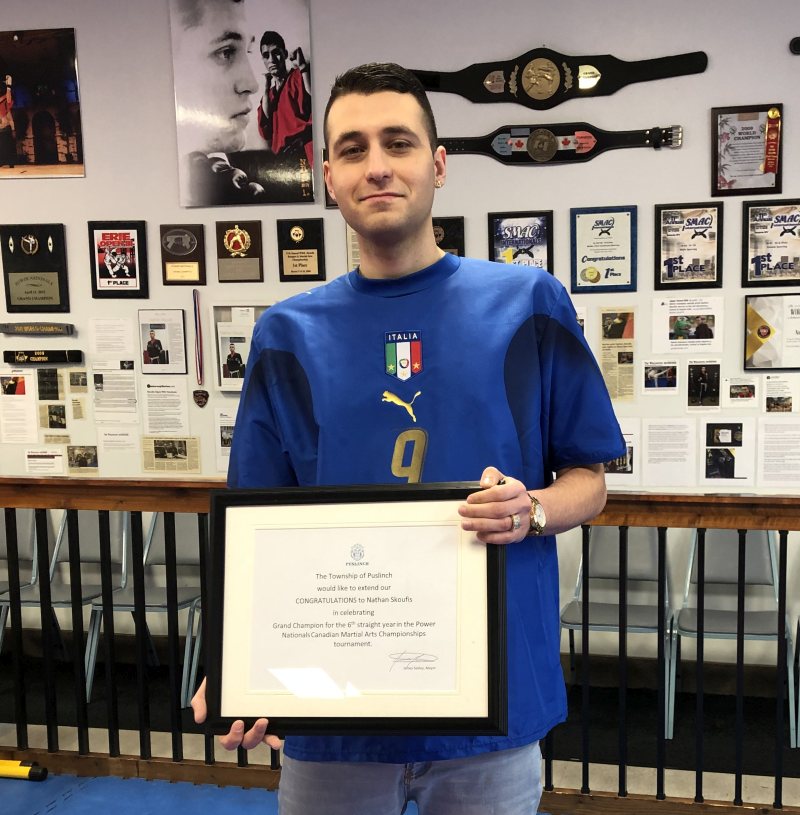 Nathan Skoufis, 25, Owner and Head Instructor of Guelph Family Martial Arts has received a special award and recognition on behalf of the Township of Puslinch and Mayor James Seeley. This award is for the recent martial arts record that Skoufis broke with his sixth straight title at the Power Nationals Canadian Martial Arts Championships in London, Ontario. An event that draws competitors throughout North America and members of Team Canada and USA. Skoufis is a lifetime resident of the area. Skoufis began martial arts at age 6 and first attended the Power Nationals in 2003 as a spectator.

Skoufis said “This award is an honor and truly humbling, this is such an amazing community that I am so fortunate to represent. Thank you everyone for your constant support!” 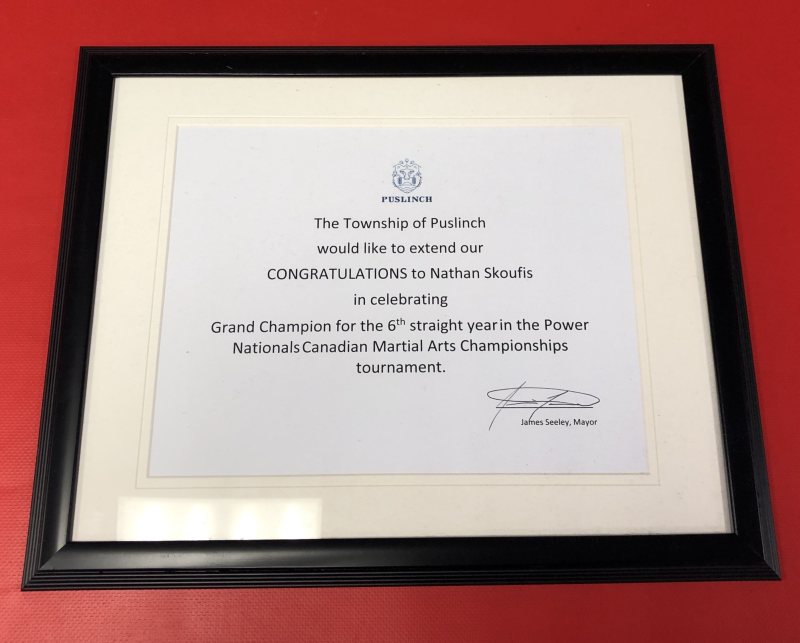