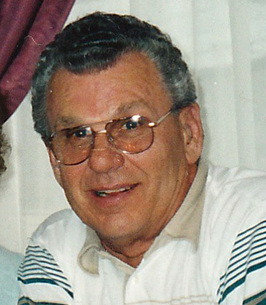 Robert (Bob) passed away peacefully with his loving family by his side, on Friday, April 26, 2019 at Grand River Hospital at the age of 78.

He was the loving Husband of Stella O’Krafka (Eddyvean), Father to Bob O’Krafka Jr., daughter-in-law Donna O’Krafka and Grandpa to Laura O’Krafka and Emily O’Krafka. Bob was son to Bill (2003) and Lorraine (2016) O’Krafka and brother to Bill (2016) (Elaine), Larry (Donna), Darlene (Ken), and Wendy (Ron).

Bob was born and raised in Hespeler, Ontario. He worked as a letter carrier in Hespeler for 29 years and was one of the original carriers. In his spare time, Bob volunteered at The Company of Neighbours, The Puslinch Pioneer, and canoed with The Ancient Mariners.

To honor Bob’s wishes cremation has taken place. A Memorial Service will be held at the LOUNSBURY FUNERAL HOME, 1766 Franklin Boulevard, Cambridge on Sunday, May 5, 2019 at 2 p.m. with visitation from 1 – 2p.m. The service will be followed by a luncheon at The Hespeler Legion, 26 Schofield St, Cambridge.

In lieu of flowers, donations may be made to the Canadian Cancer Society or Canadian Lung Association. The family would like to extend a special thank you to the staff at Grand River Hospital, specifically the Cancer Centre and ICU, for their wonderful care and compassion.