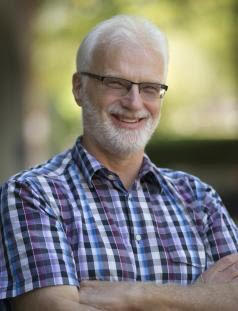 The Green Party of Canada members from Wellington Halton Hills met on May 2, to choose Ralph Martin as their candidate for the 2019 federal election.

The room was buzzing with energetic discussion about how to implement a Green Party agenda. Ralph noted that “although the Green Party is often underestimated, Greens such as Elizabeth May, Peter Bevan-Baker and Mike Schreiner have persisted. By being persistent and resilient, and advocating policies that address 21st century issues, Greens are attracting more voters to engage with us.”

A Wellington County farm was Ralph’s training base as a youth and later he worked as a life insurance salesperson, truck driver, bus driver and waiter, before pursuing a formal academic education. His PhD is from McGill University in Plant Science and his career as a professor and scientist started in Nova Scotia and then continued at the University of Guelph.

During the discussion, farmers pointed out that they sequester carbon dioxide and should be recognized for their contributions. Others expressed how necessary a Guaranteed Livable Income will be as we adjust to automation, and a shift to a 21st century, Green Economy.

“I firmly believe that we must approach each policy issue, by walking side by side with First Nations peoples” added Ralph. “In 2019, voters in Wellington Halton Hills will look to pragmatic Greens for a plan to restore ecological, social and fiscal resilience.”