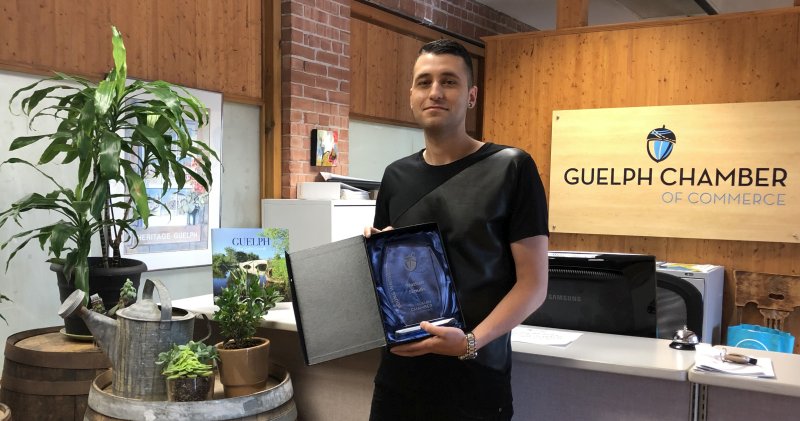 Nathan Skoufis has been awarded the Young Innovator award on behalf of the Chamber of Commerce and University of Guelph. Skoufis is a lifetime resident of the area, he began training in martial arts at age 6. Skoufis is now a sixteen times World Champion, 5th degree black belt and member of Team Canada. He was traveled internationally competing at all the top events.

Skoufis started his martial arts studio Guelph Family Martial Arts at age 19 while in first year university and has made a huge impact on the community. His program is unlike any other as it connects physical and mental benefits that include focus, perseverance, self-control and many more. Skoufis is heavily involved in charity events throughout the area. He is also active as a motivational speaker at a variety events including anti-bullying.

Skoufis said “This really is surreal and humbling for me to have received this award, as individuals typically do not look at martial arts as being innovative. Martial arts have a common misconception that it is combat focused and that it is about learning to punch and kick. However, our program is about utilizing martial arts as a vehicle to facilitate personal growth and development. There is no other profession that I would rather be involved in as it is so rewarding to make a positive difference. There is no other city I would rather represent and be involved in.”