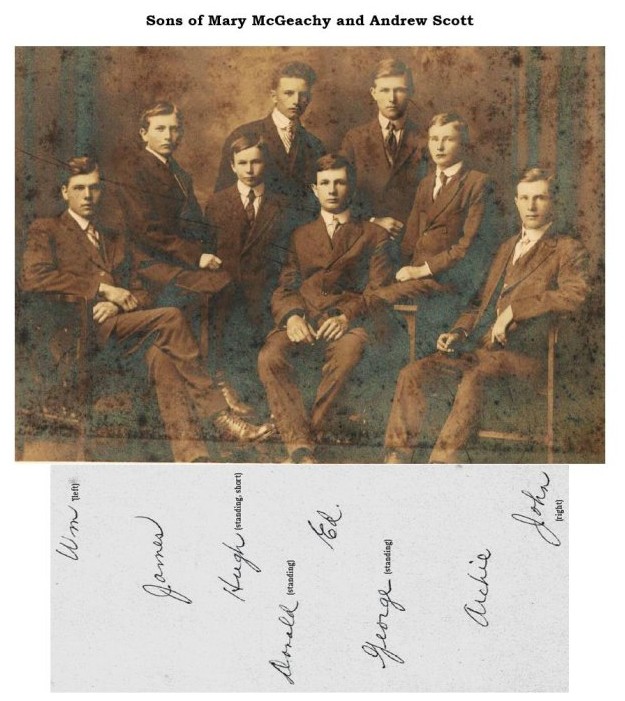 Andrew Scott and his wife, Mary McGeachy (pronounced Mc Gě key) moved to Badenoch from East Flamborough c.1892. In the following years the couple had eight children, all of them sons.

Another commented to one of the youngsters, “Eight boys! Who are you all going to marry?” To which the boy responded, “ Oh, there is a family of nine girls down the road.” As it turned out, one of Andrew and Mary Scott’s sons, Bill, did marry a daughter of the Bob and Maggie Clark family of nine daughters – Janet.