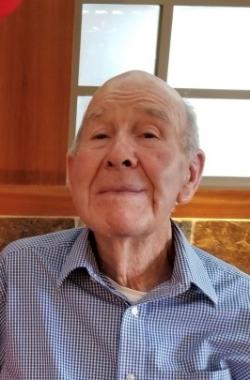 Edward was an employee of Franklin Manufacturing for over 30 years, owned and operated a farm in Cambridge, was a long-time member of Sheffield United Church and a long-time resident of Puslinch.

Cremation has taken place. A Memorial Service will be held at Sheffield United Church, 1283 Old Hwy 8, Sheffield, on Wednesday, October 9, 2019 at 11 a.m. Interment will take place at Killean Cemetery, Puslinch.

As an expression of sympathy, donations made to the Kidney Foundation or Sheffield United Church would be appreciated by the family.