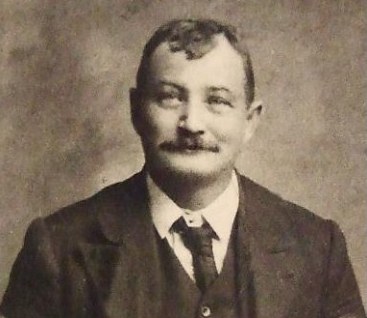 Having an interest in history and particularly the history of our township, you have probably been curious about life in the pioneer days of Puslinch. In this newly released book, John Gilchrist wrote of his own experience growing up in Killean. He related stories told by his parents, documented the early history of the Puslinch Lake section and illustrated early farming implements by scale models, photos of which are included in the book. This work gives us a good idea of what life in 19th century Puslinch was like, particularly in a Highland Scottish settlement.

John W. Gilchrist was born on July 1, 1865 on lot 10 in the 1st concession of Puslinch. He lived in Puslinch most of his life. His formal education consisted of five years of regular attendance at Killean School, followed by four years, most of it in the winters only, as his help was required by his father on the farm from spring to fall. Despite this, John became a violinist, a marksman, county constable, carpenter and wood carver, a writer and a historian.

His memoirs and stories, and photos of his paintings and carvings have been gathered together by Marjorie Clark for THE COLLECTED WORK OF JOHN W. GILCHRIST. It is for sale at the Puslinch Township Municipal Office at $32.