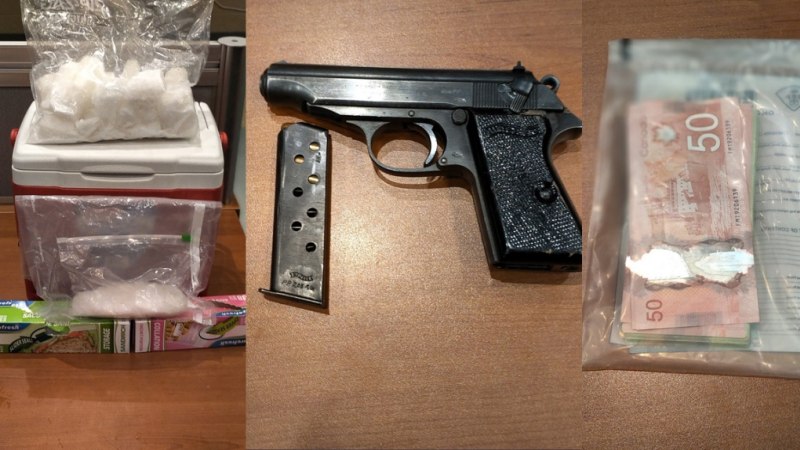 
On December 31, 2019 at approximately 12:55 a.m. the Wellington County Ontario Provincial Police (OPP) were conducting R.I.D.E. spot checks on Brock Road south where they investigated the driver of a southbound sedan that entered into the checkpoint. While speaking with the driver, police immediately detected the strong odour of fresh cannabis emanating from inside the vehicle.

The driver was directed to move the vehicle to the shoulder of the roadway, which they did briefly, prior to accelerating away at a high rate of speed. The vehicle continued eastbound on Gilmour Road at a speed well in excess of the posted 60 km/h, where police lost sight of it. Police approached the intersection of Victoria Road and Gilmour Road where they observed the vehicle approximately 100 metres into the field and up against several trees after it failed to stop at the stop sign. The driver exited the vehicle and attempted to evade police however, was taken into custody without incident.

Officers searched the vehicle incident to arrest and seized a loaded handgun as well as a large quantity of methamphetamine and cash. Further investigation revealed that the accused was bound by three different orders prohibiting them from possessing any weapon.

The accused was remanded into custody pending the outcome of showcause hearing.