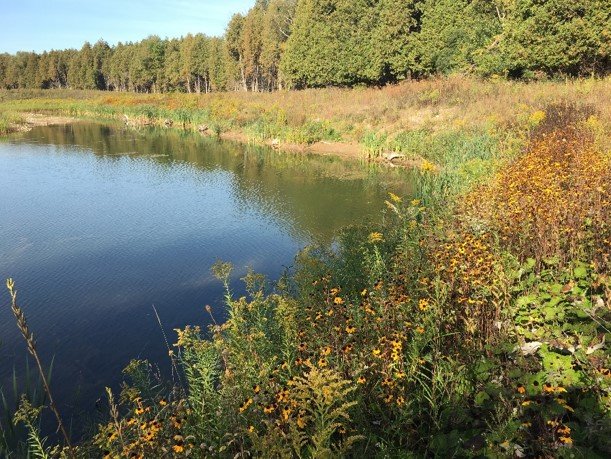 A total of 2.25 hectares of land were restored during Coburn Pit’s wetland rehabilitation project. The initiative began in October 2017 with a total of 6,000 cubic metres of overburden and 2,000 cubic metres of topsoil collected from nearby stockpiles and spread over the rehabilitation site. The land was then contoured to provide deep water, shallow water, and upland habitats. The site’s side slopes were seeded with a mix of tallgrass prairie, clover, and native wildflower at a rate of 26 lbs per acre. Local students were recruited to help plant over 700 trees. Finally, wetland bundles were placed around the rehabilitated land to bolster aquatic vegetation, and over-sized rock and woody debris were positioned around the shorelines. The work was completed in January 2018.

“CBM Aggregates, a Division of Votorantim Cimentos North America, is honoured to be recognized by the Ontario Stone Sand and Gravel Association (OSSGA) with six industry achievement awards in site rehabilitation and community relations. CBM takes great pride in how we manage our sites from an operations, rehabilitation and social perspective. Helping to build the communities we are a part of is exciting and extremely rewarding”. – David Hanratty, Director of Land & Resources, CBM Aggregates 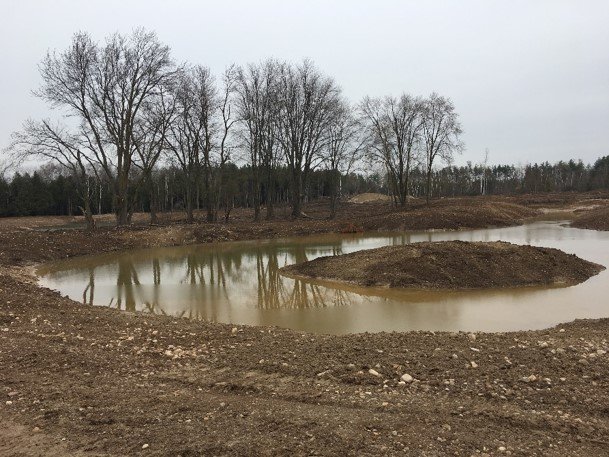 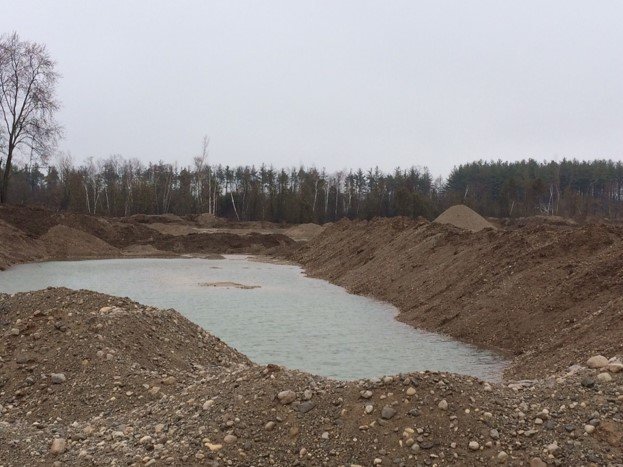 The OSSGA Industry Recognition Awards Program recognizes a wide range of activities that contribute to a progressive image of our member aggregate producers and the aggregate industry as a whole. A key goal is to raise the bar in the industry by highlighting operations that go above and beyond what is required by legislation.

“We encourage our members to be sound stewards of the lands on which they operate, and to be engaged and valued members of their community,” said Norm Cheesman, Executive Director of OSSGA. “All of the award winners this year have met and exceeded those expectations.”

For a full list of winners, look no further than the 2019 OSSGA Industry Recognition and Student Design Award winners!

The Ontario Stone, Sand & Gravel Association (OSSGA) is a non-profit industry association representing over 280 sand, gravel and crushed stone producers and suppliers of valuable industry products and services. Collectively, our members produce a large majority of the approximately 164 million tonnes of aggregate consumed annually on average in the province to build and maintain Ontario’s infrastructure needs. OSSGA works in partnership with government and the public to promote a safe and competitive aggregate industry contributing to the creation of strong communities in the province.