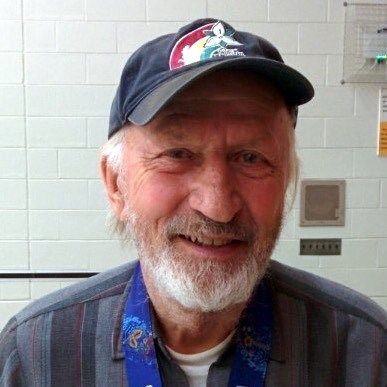 Survived by his three sisters, Helen Majunke, Alicia Bull, and Millie Lazin, as well as his brother-in-law Stan (Mary) Scott and many nieces and nephews.

Born in 1933 in Kitchener, Ontario, and later moving to Puslinch after designing and building the family house himself, Peter worked for a division of Electrohome (which later became Fasco Motors) as a manufacturing engineer for 42 years.

Peter was hard working, kind, friendly, and had a unique sense of humour. He was full of great stories, history, and loads of trivia gained from many years of being a loyal fan of Jeopardy.

He made friends everywhere he went and never hesitated to lend a hand to his many friends and neighbours, whether it was moving, cutting firewood, plowing snow, farming or herding loose cattle back home.

Peter enjoyed working (and hunting) on the hobby farm he inherited from his father, which was often a full time job in addition to his full time job.

In retirement, he still enjoyed puttering away on the farm. Even when his health deteriorated, Peter spent countless hours sitting and overlooking his serene view of Mill Creek and all of his wildlife visitors.

Peter’s biggest joy in life, however, was the time he spent with his grandchildren, having become a grandfather just two months after retiring.

Peter will be greatly missed by all who had the pleasure of knowing him.

In accordance with his wishes, cremation has taken place and a private celebration of life will be held at a later date.

As expressions of sympathy, donations to the Brain Tumour Foundation of Canada would be appreciate by his family.