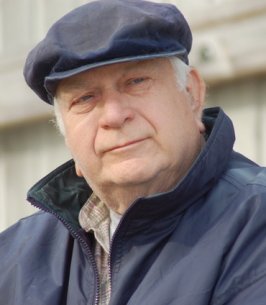 Anyone who knew Henry knew better than to ask him the time, for fear that he would inevitably explain in detail how clocks and watches work. He knew the history of the specific time piece, the mechanics, why it’s Greenwich mean time and the pros and cons of daylight savings. He loved travelling, he loved sailing. His favourite piece of art was a wall plaque that read “Whether I’m right or wrong, I’m still the captain” – a motto he lived by. He was an electrician by trade, an inventor by passion. He loved building and fixing anything, which made him a saviour to many businesses. He loved his pets, he loved his friends and family and remained connected during Covid through constant phone calls, which he answered no matter what he was doing. He was a friend, he was a teacher, he was a mentor. He travelled for pleasure, work and family. Some of his favourite stories to tell were about the Arctic, the Balkans and Mexico. He passed up his dream of moving to Australia and sailing around the world to raise a family and be part of the family business. He survived numerous mishaps and adventures and remarkably, made it to the age 81 before succumbing to cancer. Heartfelt thanks to all of his many healthcare providers over the years! After forgetting the occasion for much of their marriage, Henry was reunited with ‘the wife’ on Valentine’s Day.

Arrangements have been entrusted to Gilbert MacIntyre & Son Funeral Home, Hart Chapel, 1099 Gordon Street, Guelph. A virtual Celebration of Life will be held at a later date. As a child, Henry knew what it was like to go hungry and he did not like flowers, in fact he mowed down ‘the wife’s’ flower beds for 50 years. So, in lieu of flowers, please donate to your local food bank or to the Guelph Humane Society in his memory. Condolences can be offered to the family at www.gilbertmacintyreandson.com.