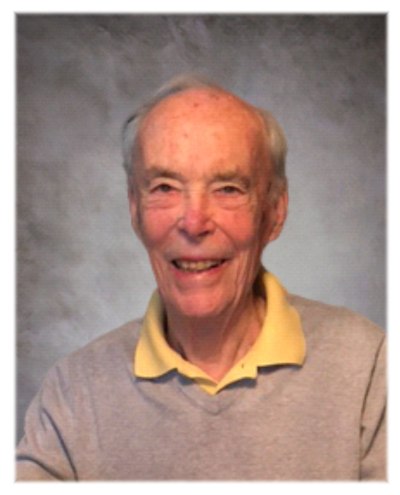 JAMIESON, Derek Maitland – A proud Canadian and a proud Scot, died in the early morning hours of June 1st, 2021.

Born in Scotland on November 27, 1930, to Hazel Findlay and John Jamieson, Derek was warmly embraced by his big sister, Hazel and so began their strong lifelong sibling bond. Although lower school proved neither interesting nor challenging for Derek, he came into his own once he got to the University of Saint Andrews, where he read mathematics. With degree in hand, Derek emigrated to Canada in 1953 to start his new life.

Experience working for CIL, and the Canadian Defence Research Board provided a launching pad to MIT, where graduate work was followed by employment. Derek enjoyed the challenge of working on highly classified and complex projects there. However, after five years and in order to continue this work, Derek had a choice; he had to become an American citizen or leave his post. Derek chose to return to Canada, joining the Bank of Canada, then in 1968 he took a position at the newly formed University of Guelph. This is where Derek truly, albeit quietly, made his mark. As Director of Institutional Analysis and Planning, Derek worked behind the scenes playing a central role in strategic University planning, advising and supporting several Presidents and senior administrators. Derek’s keen intellect, wise advice and sheer common sense were hugely respected at Guelph where he made an invaluable contribution. Similarly, this brilliant but humble man was highly regarded by his counterparts across the country. His legacy in the institutional analysis world and particularly the Ontario University System, will last long. For the sheer joy of it, Derek taught an undergraduate course in Operations Research each semester. Nothing gave him more pleasure than working with bright young minds and mentoring promising students, a number of whom became friends for life.

For almost fifty years, Derek planted his roots firmly in Puslinch Township, just outside Guelph, where he was an avid gardener whose dahlias and begonias were the pride of his garden. A student and connoisseur of fine wines, Derek formed a wine tasting group of friends in the 80s which gathered monthly for more than 40 years. An appreciation of good food took Derek to fine restaurants around the world as well as to his own kitchen where he prepared wonderful meals, hosting friends and building new friendships. He set a wonderful example of how to take care of others, with generosity and kindness.

Derek’s life was not without storms and those who knew of some of his heartbreaks still marvel at his strength to make the best of things and carry on. And, of course, his love for his dogs knew no bounds as he cooked their meals, often with the addition of a little wine or champagne. Derek’s dogs were his loyal and constant companions. An active member of his small rural church, Derek contributed to his faith family, taking leadership roles, participating in services and even baking Christmas cookies for the annual sale.

Derek was a joyful soul. He kept that joy and a sense of curiosity even after an accident in 2018. There was a twinkle in his eye or a little smile when he knew he said something clever. Derek was a good man, a gentlemen, an intellect, devoted brother, loving friend, humble colleague, good neighbour, wine connoisseur, mathematician, dog lover, accomplished cook, gardener and faithful servant.

A private funeral service will be held on June 5, 2021. A public memorial is not planned. Should you wish to remember Derek with a donation, to a cause, close to your heart, please do. And raise a glass to a departed friend. Arrangements entrusted to the WALL-CUSTANCE FUNERAL HOME & CHAPEL 519-822-0051 / www.wallcustance.com.

A tree will be planted in memory of Derek M. Jamieson in the Wall-Custance Memorial Forest.