PuslinchToday has offered space free of charge for all federal party candidates to introduce themselves to our community. This article has been posted unedited, exactly as received from the candidate. One article will be posted per weekday from Sept 9th through Sept 15th. 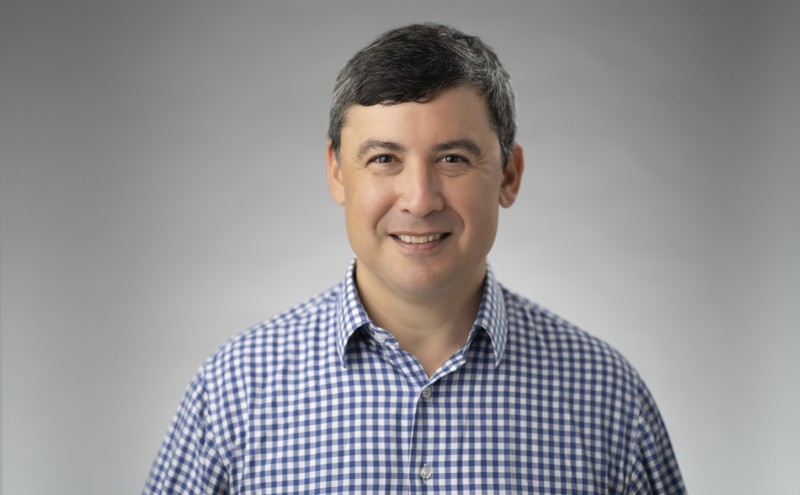 I grew up on the ninth concession of Nichol Township, just outside of Fergus in Wellington County. My family and I live down the road from where I grew up. My father, Paul Chong, was a physician in Guelph for three decades, taking care of patients at Guelph General, St. Joseph’s and at his old office on Willow Road. My mother was a homemaker, who took on the busy job of raising four children.

My parents were immigrants to this country. My father was a Chinese immigrant from Hong Kong who came here in the 1950s; my mother was a Dutch immigrant who came here in the 1960s. They met in Canada, got married and raised four children. My story is the story of millions of Canadians who have come here recently – or long ago – to make for themselves and their families new lives of hope and opportunity.

Both of my parents were defended and liberated by Canadian soldiers during the Second World War. My father, born in 1929, lived through the Battle of Hong Kong in December 1941. Then a young boy, he witnessed Canadian soldiers from the Royal Rifles of Canada and Winnipeg Grenadiers bravely defend Hong Kongers during that battle. Hong Kong was Canada’s Pearl Harbor. In fact, the surprise attacks on Pearl Harbor and Hong Kong took place at the same time, part of the Axis strategy to conquer Asia. It was the first combat engagement of Canadian troops during the war, and they suffered the highest casualty rates of any Canadian unit during the war – half of the soldiers in that battle were wounded or killed in action. The survivors were taken prisoner of war and lived in horrific conditions for over 3 long years before they were liberated in 1945. I’ve gotten to know some of those soldiers over the years, but they are fading fast. As of this year only two veterans of that battle remain. They are truly the greatest generation.

My Dutch mother and her family were liberated by Canadian soldiers in May of 1945. Some 7,000 Canadian soldiers died in the canals, the fields and the villages of the Netherlands liberating the Dutch from the tyranny of Nazism. The Dutch have never forgotten their liberation by Canadians. My parents instilled in us a deep appreciation for the sacrifices of those Canadian soldiers so long ago. They instilled in us a belief in Canada, and the values and principles it represents. That’s why I’ve been your Member of Parliament and why I’m seeking re-election: I believe in this country and what it stands for.

I’m married to Carrie Davidson and we have three boys, William, Alistair and Cameron. We joked when our children were born that they got my father’s Chinese last name, but they got her family’s Scottish first names. Truly Canadian.

Prior to my election as MP, I worked in the private sector. I worked as the Chief Information Officer for the National Hockey League Players’ Association, and also worked for the Greater Toronto Airports Authority on the redevelopment of Pearson Airport. I co-founded the Dominion Institute, now known as Historica Canada, an organization committed to raising Canadians’ awareness of history and civics, and currently sit on its Board of Governors. Historica Canada produces the iconic Heritage Minutes, which have brought alive our history to millions of Canadians, as well as the Canadian Encyclopedia. Both my wife and I graduated from U of T, where I studied philosophy.

Over the last while, I’ve talked to many people in Puslinch about their concerns and their hopes for the future. One of the things I’ve heard loud and clear, particularly during the last year and a half of this pandemic, is the need for reliable, affordable high-speed Internet access. While some work has been done, more needs to be done to complete the last mile to connect those households not yet connected to affordable high-speed internet. Another thing I’ve heard is the need to manage the growth coming from the Greater Toronto Area. Many people tell me they want to ensure the historic and rural character of Puslinch is preserved, a community where neighbours know each other and look out for each other. Another issue I’ve heard about is the increasing cost of living, particularly the cost of housing, and how it is more and more difficult to make ends meet. In addition, I continue to hear concerns about climate change and the need to tackle this environmental challenge. I have a plan to address these concerns; you can read more about the plan at www.chong.ca

If re-elected, my pledge to you is one I’ve always made in each election that I’ve run in: To do my best to represent you in Ottawa and to work collaboratively with MPP Ted Arnott, Mayor James Seeley and Puslinch Township Council, and Warden Kelly Linton and Wellington County Council for the betterment of the residents and communities of Puslinch Township.

Thanks for taking the time to read this; I hope you found it informative. You can find out more about me and what I stand for at www.chong.ca As always, I’m happy to talk; just call or email me your phone number, and I will call you back.