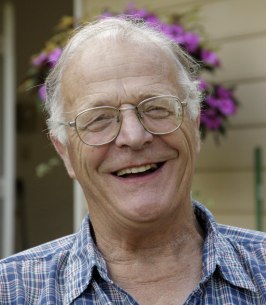 PEACE, Dr. Colin Kirkby – Dr. Colin Peace passed away peacefully on October 2nd 2021 at the age of 85 years. Colin was the loving husband of his wife Anne Peace and his four children, Ross, Geraldine, Dawn and Elizabeth. A proud grandfather to Jazmin, Bryce, Quinton and Gabriela and father-in-law to Tennison, Paola, William and Gene.

He was born and raised in England, where he was the oldest of 6 brothers. After National Service in the Royal Navy, he graduated from Cambridge University in Veterinary Medicine. He was an avid Pentathlete and Rugby player during this time. He was a successful Veterinarian, specializing in Equine Surgery and Race horses in Newmarket, England. Then, moved his family to Canada in 1981, where he was a Professor at the University of Guelph. He then opened up his own practice in Aberfoyle where he passionately continued to practice until he was 83! He volunteered countless hours with the Canadian Modern Pentathlon, The Wellington Waterloo Hunt, The Pony Club and was inducted in to the Canadian Hall of Fame for Sport. He rode his horses until he was into his 80’s and carried the Torch for the Pan-Am Games! He was loved by so many and will be missed and remembered by his family and friends around the world.

A private service was held at the Gilbert MacIntyre and Son Funeral Home, Hart Chapel, 1099 Gordon Street, Guelph. Cremation to follow. A public Celebration of Life for Colin to be held at a later date. Details to be published at the time. If so desired, memorial donations can be accepted to a charity of one’s choice. Online condolences can be made at www.gilbertmacintyreandson.com.