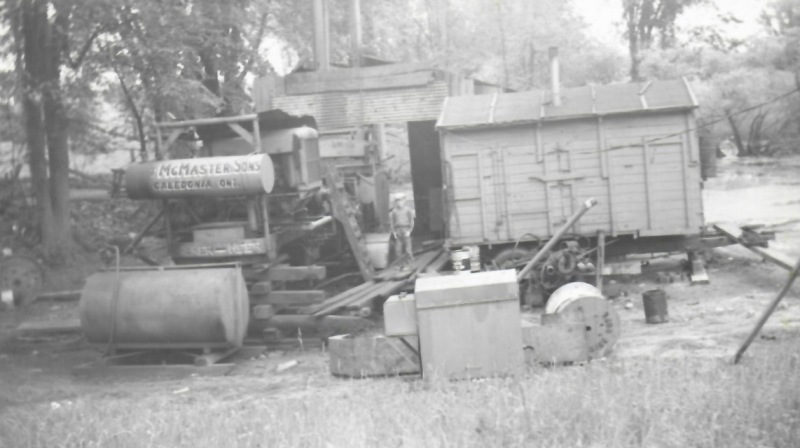 In the late 1950’s, oil speculators negotiated with people around Morriston to be allowed to drill for oil on their property. One such well operated on Charlton “Doc” Telfer’s farm, on the edge of the northern portion of Morriston Pond.

Historian, Stephen Thorning, stated in a Jan. 11, 1999 article in his regular column, “Valuing Our History” in the Wellington Advertiser, that the driller was Jonsmith Mines Ltd., based in Toronto.

“Doc” Telfer died on Dec. 10, 1958. When this photo was taken by Mildred Clark of Morriston, the well had already been abanconed as unproductive.