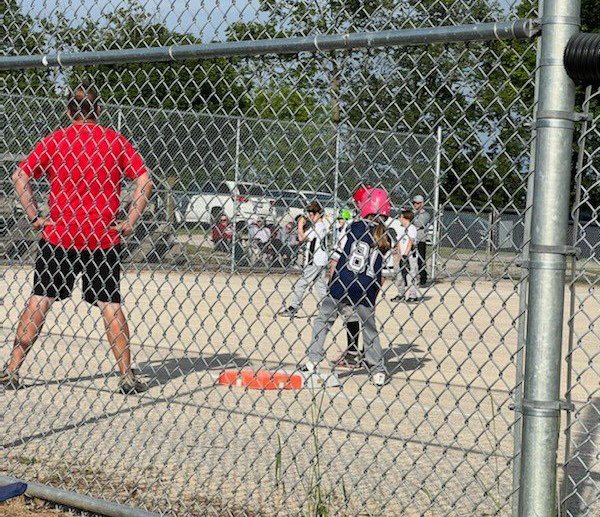 The Puslinch Prowlers Team White, U11, did it again, erasing a six nothing deficit. Two very strong innings of pitching by Puslinch’s young southpaw Henry Ervin, kept Puslinch in the game. After that inning, Chase Corlett Tuck came in to relieve Henry in the third, and was very stingy over the next 3 innings only giving up 3 runs. Puslinch made a fierce come back in the bottom of the third inning to erase a six to nothing lead by Alma, and to claw back within one run headed into the fourth inning. With strong defense and pitching, Puslinch shut the door in the fourth inning and then batted in the bottom the fourth scoring 5 more runs to take the lead for good! Alma was able to get two more runs in the bottom of the last inning, but came up short as Puslinch went on to win 10 to 8 for their first win of the season.

Some very strong defensive gems were made in this game, including a great double play that was turned in by Trent Lawler. Charlie McLaurin also had a strong game at first base making some tough ground ball outs look very routine. But, again, the second inning pitching performance by Henry was one of the most impressive and quickest innings seen this year!

Puslinch’s slow bats in the early innings continued to haunt them again this evening. But like always, once they cracked open the door, the runs came in bunches. Scoring was shared around by the team again tonight. Linden Reuber lead the team scoring twice for the team, while Griffin Coburn, Charlie MacLaurin, Zach Lang, Aden Johal, Henry Ervin, Ebaad Urrahman, Trent Lawler and Sam Jones all scored once for The Prowlers. Henry and Linden also contributed by stealing two bases each tonight while Griffin and Charlie both stole bases as well. Chase, Payton Socha, James Lang, Trent,

The Prowlers W continue their busy week this week as they travel to Drayton/Moorefield on Wednesday night and then over to Ponsonby to wrap up the week on Thursday night. Congratulations Prowlers W on your first win!