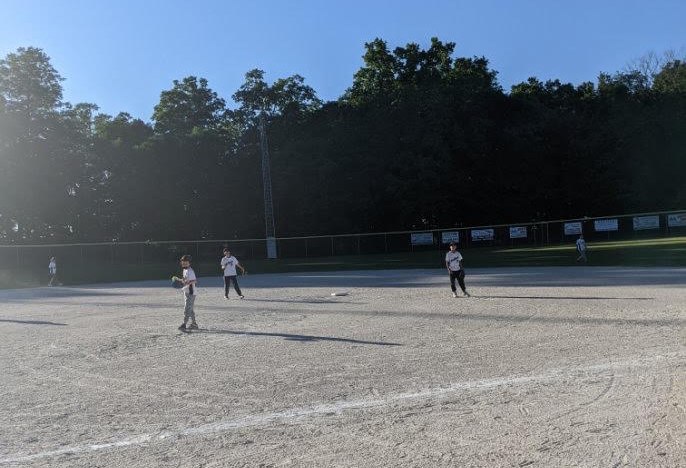 The Puslinch Prowlers White played their second game of the week against Drayton/Moorefield. They ran into a very good hitting and pitching team that evening. The bats were alive for DM as they came out with a fast 15 to 2 start in the game. The Prowlers finally gained some footing in the fourth inning teeing off for seven runs to make the score respectable.

The Prowlers started a new pitcher to the scene, Trent Lawler that evening. Trent did amazing for his first time pitching, Going 2 innings for the Prowlers. Cody Mackneer came in to finish up the last two innings against a very strong hitting DM team. The scoring for Puslinch, like always, was spread across-the-board by Puslinch. Sam Jones, Cody, James Lang, Griffin Coburn, Trent, Linden Reuber, Henry Ervin, Chase Corlett Tuck, and Ebaad Urrahman all scored runs for Puslinch. The only one left off of that list was Payton Socha, but she got Into the action by driving in one of our last runs of the game. Other highlights of the night were the two stolen bases that Henry and Ebaad both had along with stolen bases by Chase and Sam. Griffin came very close again to hitting another home run, but was robbed again, but this time from an outfielder making an amazing catch. Late in the game, Payton made a great play at second base to help record a scoreless inning finally, against DM.

The U11 team continues it’s torrid week of baseball with another game tonight in Ponsonby. Our next home game will be July 9, at 10 AM at the Puslinch Community Centre. Would love for people to come out and support our young superstars of tomorrow. See you there!