Thick smoke covered Puslinch Lake after the second fire in 17 years at the Old Marina Restaurant ripped through the building Saturday (July 30).

The afternoon blaze on McClintock Drive brought firefighters from Cambridge, Puslinch and Maryhill, as well as North Dumfries and Guelph, with those trucks used to tote in water from hydrants on Pinebush Road.

Employees stood outside and watched smoke billow through the roof, with some telling the Cambridge Times they evacuated with the alarm and left keys and purses inside. They also said extra employees were working today with a wedding scheduled. 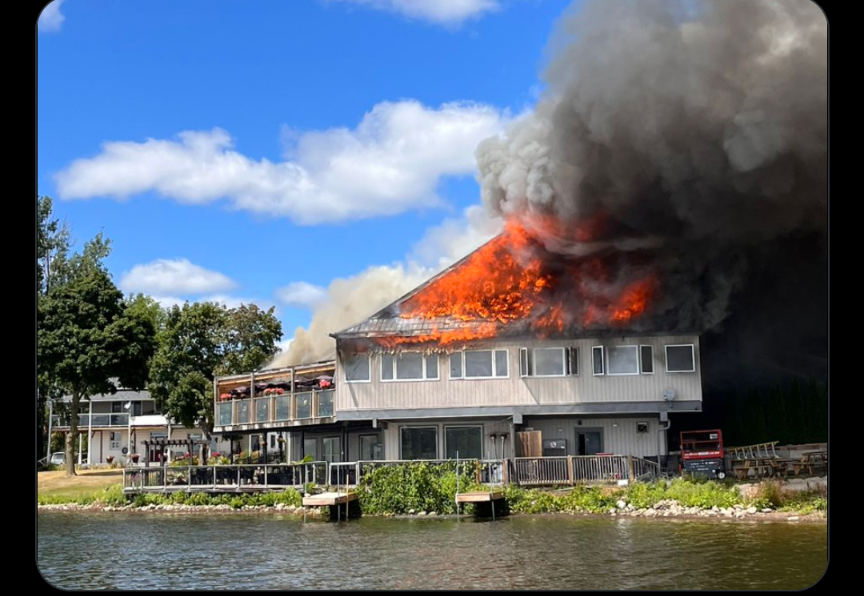 Bit of a fire at old marina restaurant at puslinch lake pic.twitter.com/0qGUdkDYYr